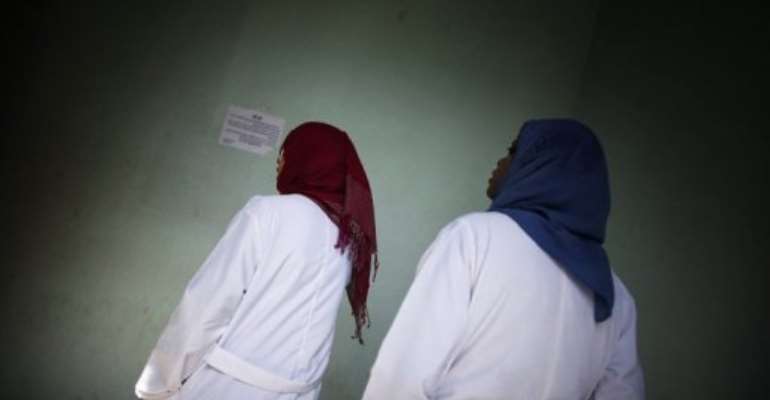 Veiled Libyan nurses are pictured at the Al-Zawiya hospital in Tripoli on October 13, 2011. By Marco Longari (AFP/File)

TRIPOLI (AFP) - Thirty-eight people have died in Tripoli since Saturday after drinking homemade alcohol, with another 378 suffering from alcohol poisoning, the Libyan health ministry said on Monday.

"The number of deaths due to the consumption of homemade alcohol has grown, with 22 new cases bringing the total to 38," ministry spokesman Amar Mohamed Amar told AFP, adding that "the number of people poisoned has reached 378."

The ministry had earlier given a toll of 16 dead and 310 poisoned, after saying on Sunday that five people had died from drinking the illegal concoction.

Wafi said the health risks included kidney failure, blindness, seizures and possible death, with those thought to have consumed the toxic drink ranging in age from 19 to 50.

The consumption and sale of alcohol is banned in Libya, even though it is available on the black market.

With its porous borders, Libya has seen a significant increase in drug and alcohol trafficking since the now-slain dictator Moamer Kadhafi's regime was ousted in 2011.