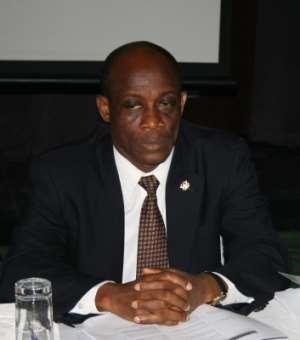 Accra , March 3, GNA -The Minister of Finance, Mr Seth Terkper will present the 2013 Budget Statement and Economic Policy to Parliament on Tuesday, March 5, 2013.

A statement issued by the Public Relations Unit of the Ministry said the budget is expected to focus on the continuous stabilisation of the economy, infrastructure development and accelerating growth that will sustain the confidence in the future of the Ghanaian economy.

It will also detail the achievements for the year 2012 and government economic policies for the medium term.

In November 2012, parliament approved Expenditure in Advance of Appropriation for 2013 which has made it possible for government business to continue uninterrupted during the first quarter of the year.

'The budget to be presented will be the full year Budget Statement and Economic Policy for 2013, and it will be the first by Mr Seth Terkper,' the statement added.