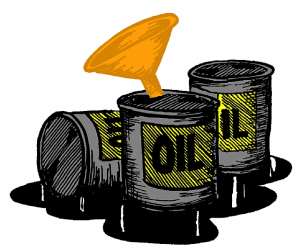 It's completely unthinkable what this government has done. Never in the history of our modern Ghana has any government so openly insulted the intelligence of the people who entrusted themselves to her care and protection, based on her own words, assurances and promises.

It is disgusting, unpardonable and not allowable. The people of Ghana cannot afford and must not afford this harsh response to the kind considerations we have given the NDC. The government must be told in the harshest manner permissible that 'enough is enough- y'abr3'!

The government proves each day that it is out of touch with the reality. Isolated from the ordinary Ghanaian and insulated by the flowery lies and empty praises of their Jezebelic press, as well as sycophants, and those other politically correct groups, the government gets sicker and sicker each passing day with her delirious beliefs that she is doing well in serving the people when she is not!

It is no accident that under the last five years the number of suicides have risen to unprecedented levels with many people taking their lives due to the frustrations of these immoral bunch of self-seeking gluttonous unqualified 'social democrats', and the signs promise no reduction in the near future.

On the eve of Sunday, a day many people consider as holy and so respect, at dawn, when many Ghanaians were about to go to their beds, the only place they find some peace and comfort, this government acting through the NPA announced hikes in the price of fuel. The hikes were to range from 15% to 20%.The most annoying part to that ungodly nightmare the government sent the people of Ghana was contained in the press release which in part read 'It can be seen that the government has maintained some subsidies'.

As he drafted that statement, I believe, Alex Mould, brother to Betty Mould-Idrissu, the woman whose reign as Attorney-General saw the State loss almost every single one of the high profile cases she pursued and somewhat implicated in the Woyome and CP scandals, thought to himself amid a wide grin, what fools Ghanaians are to believe his gross slur and cheap propaganda that the government is doing Ghanaians a favour with the hikes and actually bearing some cost. What is the worse that could have happened?

The government made shy by its own guilt has set her propaganda dogs free.Of course government propaganda has been set into full gear on this issue! They have already taken to the air in flight like eagles. Social media is populated and polluted with their ugly noises and nonsense. They have gone to absurd lengths to justify the increase but even they admit that the increases are harsh. Even they admit that the government should have exercised some sensitivity.

Even they know that what any other government with a minimal degree of sensitivity could have done, if the conditions really necessitated it, would have been a gradual increment instead of one large jump up of prices. Even they admit that the worse affected would be the 30% of Ghana's population that earn less than $1.25 a day as well as the 20% that barely make it.

They are careful not to admit though that the hikes wouldn't affect the Ministers and their deputies, as well as the large number of ineffective like-minded appointees of the administration because they have privileges that entitles them to free fuel in particular and free utilities, whenever and at whatever time they so wish.

The vulgarians seem, with their sudden wealth to have forgotten their past and the people of Ghana who wallow in growing poverty, unemployment and bear the consequences of a collapsing health care system, an expensive education system, a highly stratified civil service system (where ascription not achievement pushes people up) and a police system which deserves no adjective-whether good or bad. I have heard some argument that wants to suggest that Ghanaians aren't paying realistic prices for fuel and for this reason; they have to take some responsibility, hence the increase.

I reject such logic. Such reasoning is low on logic, lesser on intelligence and absent of any knowledge about government duty. It appears those who make such arguments, don't know or rather pretend not to know that this government in particular is one of the most wasteful governments of all time.

It seems such persons don't know that had the appointees and staff of the government done as little as adhere to the financial administration act, inter alia, the money that could have been saved alone would have been enough not just to finance the subsidies but make fuel free if we so chose.

Besides Woyome, how many 'mistake' payments has the government made and how far could that amount have taken us in subsidizing the cost of fuel? What about the $1.2 Million we lose each day due to flaring of gas at the Jubilee Fields. A situation caused by the petty squabbles in the Ndc as to who ought to have been given the contract to construct the gas storage facility.

I hear some pathetic beneficiaries of the government suggesting that it's about time we de-politicize the discussion on fuel and fuel price increments. I fail to say the politics in holding a government to task, when that same government while in opposition promised a plan, a magic plan that was going to reduce the cost of fuel drastically but failed to do so. That is no politics.

If it were, the daily basis we hold God to His promises would have made us very political indeed. When a government gets elected on promises, it is not politics to require of the government that they live up to their promises. It is unheard of in any jurisdiction that the government be made to escape its responsibilities because by pushing that they do perform their responsibilities the opposition would benefit politically.

It is complete nonsense considering the backdrop to say we shouldn't politicize it .It is politics, both the issue itself and the solutions. I offer no solutions to the situation other than what I captured above. The gross wastage in government and the absence of government priority is what is causing these rather unfortunate and unforgivable hikes in the price of fuel. We cannot and must not allow the governments own blunders, greed and folly push us into a pit of high cost and poverty.