US$60,000 Yara Prize for agriculture innovation in Africa 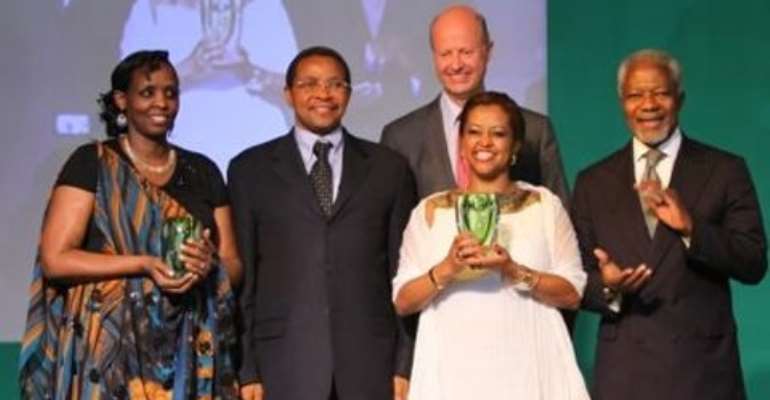 The Yara Prize Committee is inviting nominations for a candidate that deserves recognition for achievements in combating hunger and poverty and enhancing food security and sustainable agricultural development in Africa.

“The Yara Prize 2013 will have a specific focus on youth and agriculture, paying particular attention to innovation and entrepreneurship”, said Committee head, Jørgen Ole Haslestad, who is also the President and CEO of Yara International ASA.

He noted “an important part of the current discourse on agricultural development in Africa is about creating more interest and engagement amongst the continent's increasingly youthful population”.

The Yara Prize winner will receive US$60,000, a trophy and a diploma which will be handed out in September this year. The winner is free to decide how to utilize the Prize in order to further the sustainable greening and development of Africa.

The Prize can be awarded to any individual or identifiable group of individuals, as well as to established institutions, associations, organizations or government bodies with a formal and recognized judicial and organizational structure contributing to the overall objectives of the Prize.

The Yara Prize was established in 2005 as a direct response to former UN Secretary-General, Kofi Annan's call for a green revolution in Africa. It recognizes food and nutrition security and sustainable agricultural initiatives with a transformative power, and serves as inspiration for action to scale up the African Green Revolution.

The Prize was awarded annually in the years 2005–2009 and reinstituted in 2012 in connection with AGRF 2012 (African Green Revolution Forum) in Arusha, Tanzania.

During the first five years, the Yara Prize was awarded to eight individuals and one organization representing seven countries in total.

The laureates represent a diverse range of African society engaged in the African Green Revolution: entrepreneurs and scientists, activists and organizers, businessmen and politicians.

Dr. Kalibata was recognized for her outstanding leadership in the transformation of food security and agricultural development in Rwanda, whilst Dr. Gabre-Mahdin was honoured for her remarkable stewardship of the transformation process toward an efficiently functioning market, especially for smallholder coffee producers in Ethiopia.