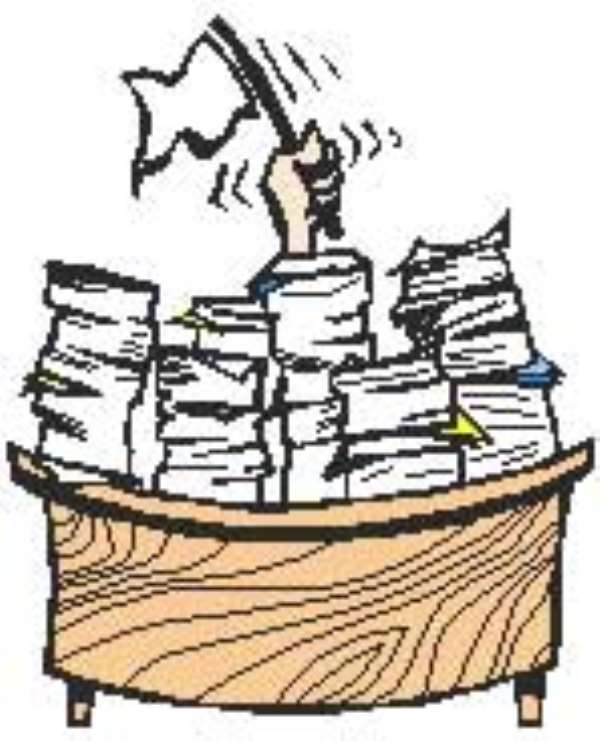 Accra, Oct. 30, GNA- Parliament on Thursday by 101 votes to 53 voted for the ratification of the bilateral agreement between the Ghana Government and the Government of the United States regarding the surrender of offenders to the International Criminal Court. Members of the Minority vehemently protested against the Motion saying it violates the sovereignty of the country and that the country should not cheapen itself just for peanuts.
The Joint Committee on Foreign Affairs, Constitution, Legal and Parliamentary Affairs and Defence and Interior was unable to reach a consensus on the matter and referred it to the House to take a decision. Mr Joseph Darko-Mensah, Chairman of the Committee in moving for the adoption of the Report said the Committee met with the Minister of Foreign Affairs who told them that the International Criminal Court (ICC) was established to try crimes of genocide, war crimes, and crimes against humanity and aggression.
The Rome Treaty became operational in July 2002 and the statute has received signatures from 140 states and has been ratified by 90 countries including Ghana.
He said the Minister, Nana Akufo Addo informed the Committee that concerns have been expressed about the powers of the ICC, structures and jurisdiction over nationals of countries not party to the Rome statute. It is in light of these reservations by certain countries like the United States, Russia, China and India that they have refused to append their signatures to the Rome Treaty.
The Chairman said the objective of the agreement between the Governments of Ghana and the United States is to enter into a bilateral agreement under Article 98 of the Rome Statute, that provides safeguard that suspects may not be surrendered to the ICC without the consent of the countries of origin.
Mr Darko-Mensah said the Foreign Affairs Minister intimated that the United States in her eagerness to give its citizens protection against unwarranted and politically motivated prosecutions, has decided on this action.
To strengthen its position on the issue, the US Congress in 2001 passed the American Service Members Protection Act introducing a sanction regime that compels the US Administration to suspend all forms of military assistance to countries refusing or failing to sign the Agreement by July 2003, and extended to October 2003.
He said it was intimated that Ghana stands to benefit by ratifying the bilateral Agreement especially with military assistance to the Ghana Armed Forces (GAF).
The US assistance to the military is by way of providing reconnaissance military vessels, aircraft, training programmes and US military aid risk being suspended in the event of Ghana's refusal to sign and ratify the agreement.
The report said more significantly, half of African Union countries have signed similar agreements with the US and Ghana would become the 24th country if it signs and ratifies the Agreement.
The Minister of Foreign Affairs said that it is in the national interest for the agreement to be ratified.
The Committee said two points of view emerged and the first emphasized on the need to sign and ratify the agreement because the country's national interest especially its friendship and relation with the US makes it prudent for the country to go along with the Agreement.
The Minority, however, disagreed with that assertion saying the country should on principle not sign and ratify the agreement since it would be compromising its stand on the Rome Treaty it signed. It was also pointed out that Ghana stands to gain financially in signing and ratifying the agreement and that the agreement does not prevent Ghana from prosecuting any individual on its soil for crimes against humanity and other crimes.
It said Ghana has jurisdiction over all crimes committed on her soil and any person or persons found to have committed an offence contained in the Rome statute can be tried by the local courts and that the agreement does not in any way infringe upon the country's sovereignty.
The other view was that it would be absurd for Ghana to enter into a pact with a non-signatory state and that it would defeat the purpose for which it signed and ratified the Rome Treaty. That Ghana has two eminent personalities serving as a Vice President on the ICC and the UN Secretary General and it would ironic for Ghana to betray them whilst they are serving on these institutions. It emerged that the issues contained in the Agreement are so important that they should be brought to the public domain for public inputs and that entering into such a bilateral Agreement would mean surrendering the national sovereignty.
The view is that blind pursuit of national interest was not enough for entering into such a pact and that the call by Congress for the imposition of sanctions under the American Service Members Protection Act is a threat and therefore, immoral.