Presidents of Africa who died in office 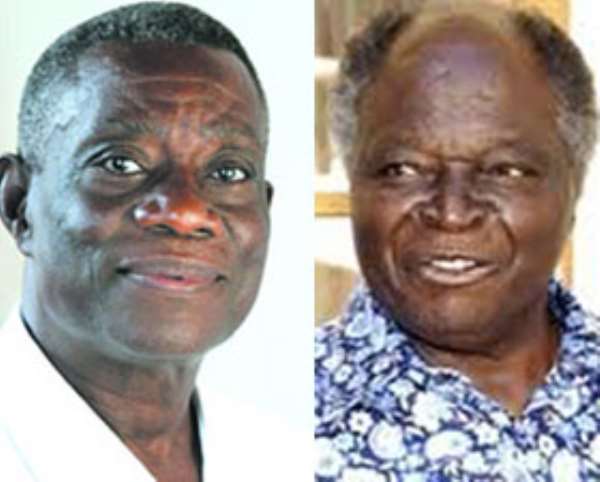 The first African President to have died in office was William Tubman of Liberia who ruled from 1947 till he passed in a hospital in Virginia,. Others who followed him Paa Seika Stevens of Sierra Leone who once stated no human being could ever point a finger to say this is the ex or former president and he died in office at advanced age and Anwar Sadat of Egypt who was shot at a point blank during a parade in the early 80s when Lawyer George Osekere was Ghana's Ambassador to Egypt and he had fragments of human tissues on his suit. The president of Mozambique Samora Michel also died in a plane crash on his way to attend a coference and his wife Grace is the current wife of Nelson Mandela of South Africa.

The rest are Mohammed Ibrahim Egal of the Somaliland in 2002, Jomo Kenyatta of Kenya, Gnassingbe Eyadema who after 35 years of rein was being flown to France after a heart attack died on the plane, but before then the leader of the Ivorian struggle for independence H. Biogyn died in France after taken ill and was prounced dead on their independence day or days after to coincide with their independence since he was the first leader of the nation , Malawian Bingu Wa Mutharika who died in 2012, Nigerian ex president Yar Adua who was on dialysis for years died in 2012, Levy Mwanawsa of Zambia passed on in 2008, Malam Bacal Sanha of Guinea also gave up the ghost in 2012 and Ghanaian leader Professor John Fiifi Atta-Mills had his last breath on July 24 . So in all since the death of Tubman in 1971, 11 other presidents from Egypt,Sierra Leone, Egypt, Mozambique, Togo Nigeria, Zambia, Guinea and Somaliland are with their ancestors.

It started with William Henry Harrison who served only 31 days died from pnuemonia in 1841,

The father of the nation Abraham Lincoln was assasinated by one John Booth in 1865. Sixteen year later President James Garfield was also assasinated in 1881 by Charles Julius Guiteau.

President Warren G Harding suffered a heart attack like Ghanaian President Atta Mills and died in 1923. In 1945 Franklin Roosevelt collapsed from internal bleeding and died as a result ,then the last incident happened to President J F Kennedy who was shot in Dallas Texas in 1963.

In all the instances their vice were given the mantle to steer the affairs of the country but some of them were decided to run the country as if it was their person property and two of the examples that come to mind is Arap Moi and Mubarak of Kenya and Egypt and therefore Ghana should be cautious not to fall into the same trap now that John Dramani Mahama has been swore in as the leader of the country.