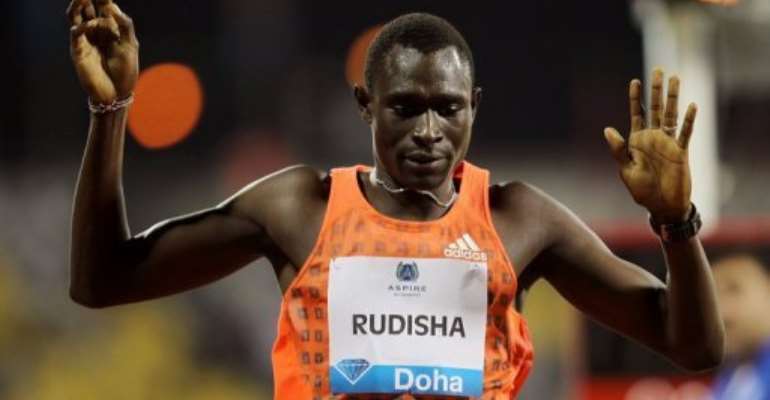 Rudisha, fresh from clocking a season's best 1:41.74 in the United States, strolled to an easy victory in one of the two heats to select the eight runners to go into Saturday's final.

"I took it nice and easy. The important thing for me was to secure the ticket into the final," said Rudisha, who ran 1:44.0.

United States-based Boaz Lalang, who was tipped as one of the athletes likely to challenge Rudisha pulled out the race with stomach pain.

Olympic bronze medallist Alfred Kirwa Yego won the second heat in a slow of 1:46.2, but the 2007 world champion will be hard-pressed to match a highly-charged pair of youngsters who also qualified for Saturday's final.

Only the top two athletes in the final will qualify for the London Olympics, with the third being selected on a wild card.

Three weeks after failing in his attempt to make the team in the 10,000 metres at the Prefontaine Classic, Eliud Kipchoge is now focusing his sights on the 5,000m, in which he won the world title in Paris in 2003 and silver in Beijing four years ago.

Kipchoge, who also won bronze in the 2004 Olympics in Athens, took second place behind Isaiah Kiplangat Koech to book his place in the 5,000m final on Saturday.

"I am focusing seriously on the 5,000m. I will have to work hard to qualify for the Olympics, since this will be my last year on the track before I move into the marathon," said Kipchoge, who beat Britain's reigning World 5,000m champion, Mo Farah to win the men's two-mile race in Birmingham in February.