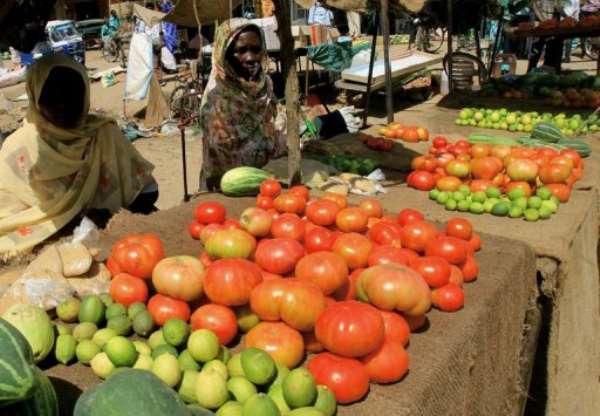 KHARTOUM (AFP) - Sudanese riot police on Sunday attacked a student demonstration in Khartoum against high food prices, firing tear gas and beating some of the protesters with batons, an AFP correspondent reported.

At around midday (0900 GMT), hundreds of students emerged from the University of Khartoum campus, located in the city centre, adjacent to the Blue Nile river, chanting slogans including: "We want lower food prices!"

But the riot police, who were waiting for them outside in around 10 small pickup trucks, used tear gas to disperse the protesters and wielded batons. They then ordered all students to vacate the university campus.

Tensions in the area were still high several hours later, the correspondent said.

On Saturday evening, witnesses said police used tear gas to break up a similar protest on the same street, where a crowd of students, estimated to be in the hundreds, were again demonstrating against high food prices.

Sudan is suffering from soaring prices and a rapidly depreciating currency, following the secession of the South last year and the loss of three-quarters of Khartoum's vital oil revenues, its main hard currency earner.

Inflation officially hit 30.4 percent in May, compared with 28.6 percent in April, the central statistics bureau said earlier this month, although some economists say the real figure could be more than 40 percent.

The already-high prices are set to jump even higher if, as widely expected, the government follows through on a decision it has been mulling for weeks, namely to lift fuel subsidies which it can no longer afford.

Khartoum's main university was closed for more than two months earlier this year after students clashed with riot police in late December.

What began as a sit-in related to a dispute over university fees spilled into surrounding streets where police fired tear gas and students hurled stones.

JUST IN: Mahama lawyers file another motion to compel EC to ...
43 minutes ago