DOUBLE STATEMENTS FROM CASTLE, WHO IS RESPONSIBLE? 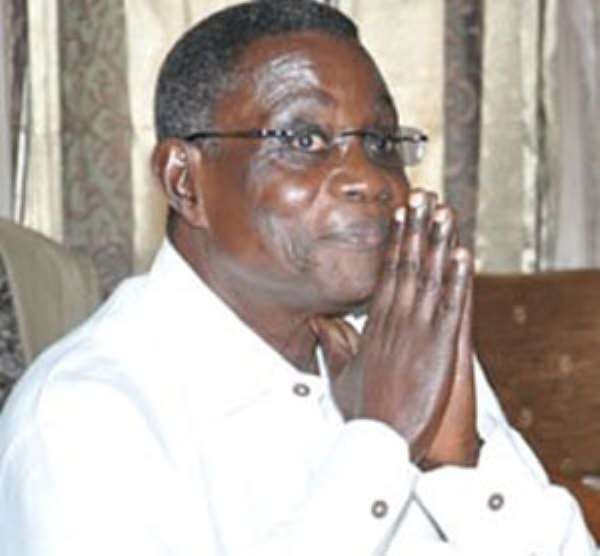 Last week Tuesday, someone managed to dump what I called a nasty riddle in my mailbox apparently to test my brain work.

In an attempt to solve the riddle, I failed and I must confess I failed in providing the correct answer to the riddle which asked a simple question.

What was the riddle about? Wait and let me tell you if you can also provide the correct answer or not.

It said,” three thousand, nine hundred and nine [3,909] nuns in the Roman Catholic Church got pregnant in the whole world, who was responsible?

First, the figure sounded too worrying to me if indeed it was true. But hey, it was a riddle so I have to solve it by providing the correct answer so I went ahead trying to solve the question by answering, the fathers, he said no, bishops he said no.

“What” I asked him in a big shout, how can you say that the big man is responsible for such a problem even if it was true?

Then he asked me is he not the overall spiritual head of the church throughout the world so when something goes wrong with the institution who should we blame? He also asked me.

Anyway, I said maybe that is why the whole world is pointing accusing fingers at him for the sexual abuses going on in the church that involves boys and men that others call gay.

Oh yes, have you not heard about the arrest of one his aids[butler] for leaking information to the press that they suspect he might be the one who has been detailing the world through the media about this unusual happenings in the church?

Aha, here you go telling me that the pope has been denying coming every single statement or revelation that comes out in the media. Why?

Because he is responsible for the church's growth so he has to protect it and fight to ensure its growth.

Let us come down to our level and we will realize that on several occasions the director of communications at the presidency Koku Anyidoho, has been making statements some very embarrassing to the president to the point that the tendency of it causing the NDC party to lose votes has made the president to come out on those assertions.

In our old traditional ruling system Koku Anyidoho, could be likened to the chief's linguist whom he speaks through to his subjects.

Most places they are more powerful than the chief because they add importance to every statement the chief sends out to his subjects placing weight on the statements to create total allegiance for his chief.

Therefore it was not wrong for people to give weight to the statement he issued purported to have come from the president only to realize later that the old man did not know anything about those assertions and has to use a different medium to clean the mess put out by his spokes man.

Coming out to defuse the tension created by that unguided statement the chief linguist at the castle made as a form of reaction to the Baba Yara Stadium flood light disaster clearly indicates that the president was responsible.

But the question many people are asking is for how long is he going to allow this “he said this I did not say that” episode to go on which is not giving a good picture of the president to the general public?

You realized the embarrassment that he caused the president? Mike Ocquaye Junior of the NPP communication team was heard on Joy F.M. News file programme challenging president John Atta Mills to prove that he was not a weak president by firing his spokesman Koku Anyidoho for disgracing him.

Just look at what happened and the only thing that comes into mind is the government speaking through two mouths. The presidential spokesman issues a statement to create a mess in the system only for information minister to come and clean that mess.

The next day, another minister goes on air and in an attempt to make the president the most of all create a mess in the system by proclaiming he got first class upper only for the same spokesman to come out later to deny that assertion.

So with the latest development, which of the two mouths should we listen to and be sure that there would be neither rejoinder nor withdrawal cleaning the mess created by falsehoods?

Mr. President, it is time to show to the whole world and for that matter good people of Ghana that really you are responsible for every statement that comes out from your office because this hide and seek communication is so bad.