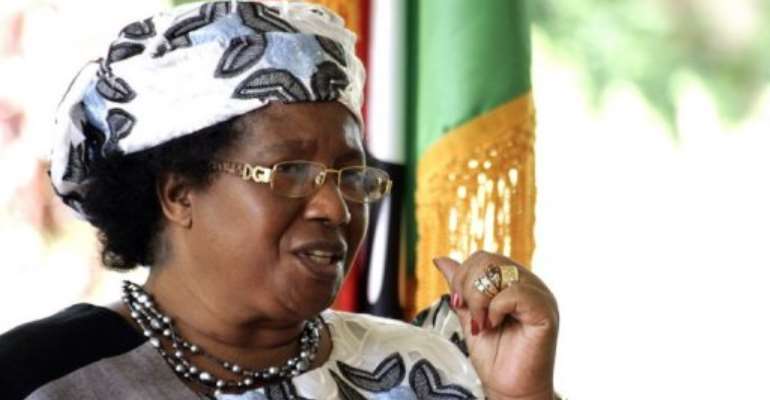 BLANTYRE (AFP) - Malawian President Joyce Banda on Friday hinted she might act against a group of ministers who tried to block her rise to power following the death of her predecessor Bingu wa Mutharika.

Banda described as a "coup" the attempt to keep her from inheriting the presidency after Mutharika died of a heart attack. She was Malawi's vice president, clearly named as the next in line to power under the constitution.

"This issue is not about me Joyce Banda. The coup plot was against this country and not me," she said at a news conference in the capital Lilongwe, which was broadcast on state radio.

"It is a national issue. All of us are concerned. It will depend on what we do now as a nation to ensure that such a thing does not occur again in future," said Banda.

State media staged a blackout on Mutharika's condition after he suffered a fatal heart attack on April 5.

Six ministers held a news conference after Mutharika's death to maintain he was still alive.

Rights groups have called on the government to charge the ministers with treason.

Banda was finally sworn into office on April 7, inheriting an impoverished economy that needs $1 billion "to get right", she said.

Elected as Mutharika's deputy, she was booted from the ruling Democratic Progressive Party after falling out of favour, but refused to resign as the country's vice president.