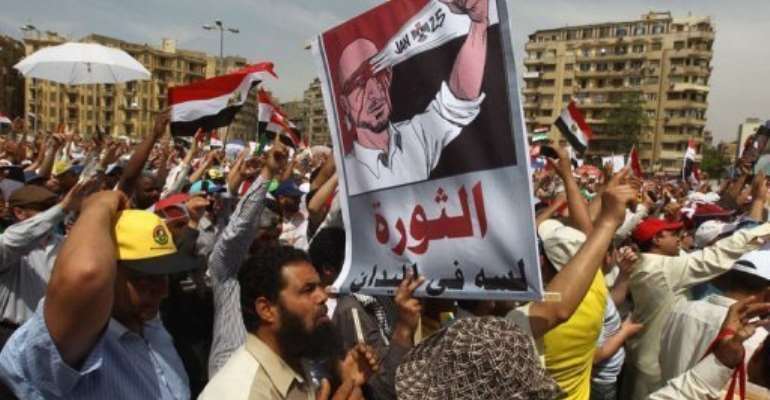 Egyptian protesters shout slogans against the military during a demonstration in Cairo's Tahrir Square. By Khaled Desouki (AFP)

CAIRO (AFP) - Heavy gunfire could be heard as clashes between troops and anti-military protesters spread around the defence ministry in Cairo on Friday and street battles raged in side roads, an AFP reporter said.

Emergency services told AFP that dozens had been injured in the clashes in the Abbassiya neighbourhood, where military police had used tear gas and water cannon, under a volley of rocks hurled from both sides.