EU calls for return of Mali constitution after coup 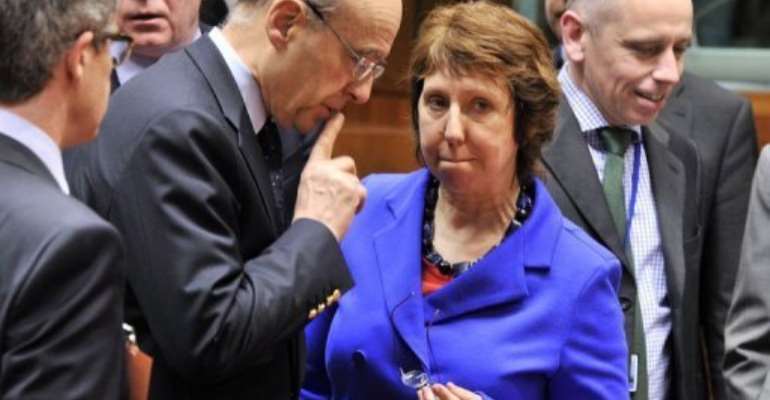 BRUSSELS (AFP) - European Union foreign policy chief Catherine Ashton on Friday called for the constitution in Mali to be restored "very quickly" after soldiers took power in a coup.

"We deeply regret and condemn the coup d'etat in Mali," Ashton said on arrival for a meeting of EU foreign ministers that included a discussion on the Sahel region, including the situation in Mali.

"We do hope that the constitution will be restored very quickly and that we will see a return to law and order," she said.

The coup leaders ordered borders closed after taking over key buildings in the capital and ousting President Amadou Toumani Toure on Thursday.

The soldiers -- who call themselves the National Committee for the Establishment of Democracy -- said they had acted because of the government's "inability" to put down a Tuareg-led insurrection in the north.