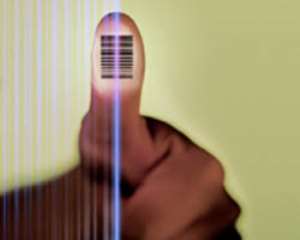 Takoradi, March 21, GNA - The Electoral Commission (EC) has announced that prospective registrants of the Biometric Voter Registration Exercise would be issued with receipts upon receipt of their identity cards.

The Commission said this would facilitate quick replacement for persons who might later lose their identity cards.

It, therefore, advised registrants to keep their receipts safely.

The participants were drawn from religious bodies, youth clubs, political parties' representatives, Association of People living with Disability and some staff of Saint John's Ambulance.

Mr. Owusu entreated religious groups, the media, political parties and all stakeholders to join hands in educating the public on the Biometric Vote's Registration exercise slated for March 24 to May 5.

He called on the public to support the Commission in this effort to produce a credible voters' register.

He said the biometric technology could detect multiple registration and cautioned prospective registrants from engaging in double registration because culprits would face prosecution.