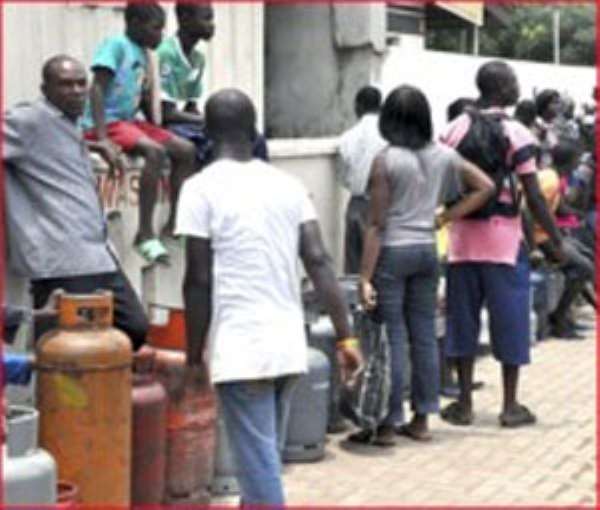 The Chief Executive Officer of the National Petroleum Authority (NPA), Alex Mould, has said by February 1st LPG, kerosene and premix fuel prices will see a 46%, 93% and 151% respective price increase in accordance with the prevailing ruling of an Accra High Court on January 24.

He said the price increase is the best alternative for the NPA if it is to go through with the court's option of seeking Parliamentary approval before imposing the ex-refinery differential margin as a tax.

Addressing a press conference in Accra on Thursday, the NPA boss said 'the only way we can be stopped to do this, if we review the price, is if there is a government intervention. '

Mr. Mould, however, said the regulatory body in the best interest of Ghanaians, and in consultation with the Tema Oil Refinery (TOR), Bulk Distribution Companies, Government and the Association of Oil Marketing Companies, has decided to comply with the other option provided by the courts.

He said on January 13 2012, the Authority thus submitted a revised petroleum products pricing formula, which includes the ex-refinery differential margin, to be published in the gazette. He noted therefore that the decision was taken prior to the ruling of January 24th of an Accra High Court.

He noted, however, that 'they have put in a hedging mechanism… if prices do go above a $110 then they will be able to have defined revenue should they want to subsidise petroleum products. '