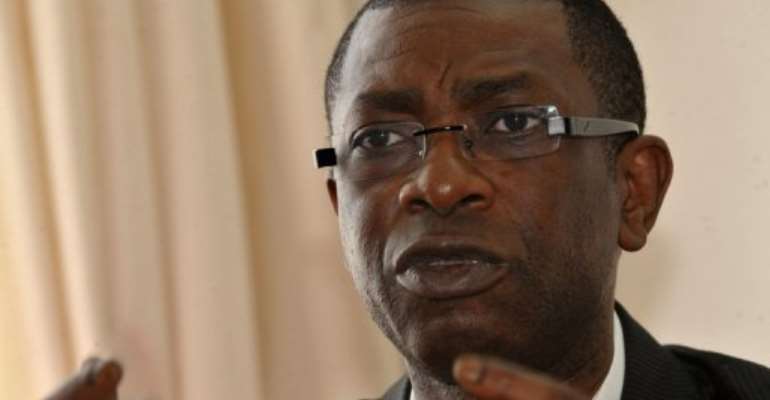 DAKAR (AFP) - Senegalese singing icon Youssou Ndour, who has given up music for politics, on Wednesday submitted his candidacy for the February presidential poll.

The country's most famous export, Ndour has emerged as a fierce critic of President Abdoulaye Wade who is seeking a highly disputed third term in office.

"I think I will create a surprise, I think there is a quiet change happening, people will vote Youssou Ndour," the 52-year old singer told AFP in an interview after he announced his plans to run earlier this month.

"I don't even consider Wade a candidate, because if we stay within the framework of the constitution, he does not have the right," Ndour said.

Wade was first elected in 2000 for a two-term mandate, and re-elected in 2007 but since the length of presidential terms was changed while he was in office he argues that he is able to run for another stint.

Candidates have until Thursday to register with the Constitutional Council for the February 26 vote.

Also in the race is Ousmane Tanor Dieng, leader of the main opposition Socialist Party which was in government for 40 years until Wade took over in 2000.

On Friday the five-judge Constitutional Council, which has the final say on constitutional matters, will release the list of approved contenders.