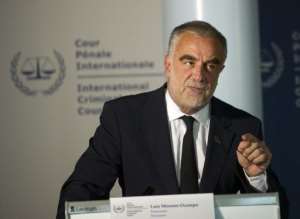 "Prosecutor Luis Moreno-Ocampo and Deputy Prosecutor Fatou Bensouda is to lead a delegation which will meet with Libyan authorities as part of coordination efforts following the arrest of Seif al-Islam and unconfirmed reports regarding the arrest of Abdullah al-Senussi," a statement said.

The northern African country's new National Transitional Council said Sunday Senussi had been arrested, a day after Seif was caught in southern Libya.

But Libyan authorities also insisted the men should be tried in Libya, despite international pressure to have them sent to The Hague, where the ICC is based.