Ghanaians forced to fight for Gaddafi 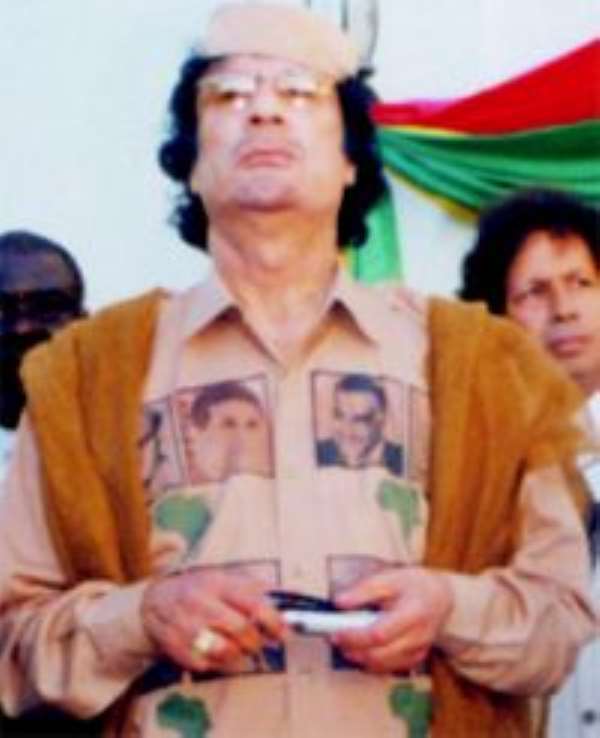 "They said we must stay to fight when the Americans come" - a Ghanaian worker tells Al Jazeera from a refugee camp. Among the reports of atrocities occurring in Libya are claims from African migrants that they were abducted and forced to fight with Gaddafi's forces.

Nearly all migrants from sub-Saharan Africa, who arrive at the desert refugee camp in Tunisia, have fled in fear of violent reprisals by Libyans who accuse them of being mercenaries. The extent to which Gaddafi's military has used foreign mercenaries, or press-ganged migrants into fighting, remains unclear.

A former Nigerian police officer, who had worked in Libya for eight years as a technician, alleges he was abducted in mid-March at a military checkpoint in Tripoli, along with other men from Ghana, Mali and Niger, before being taken to a military centre.

"There was up to 100 people in the courtyard and military trucks were arriving and leaving with more people. They started beating people, I saw them shoot one Ghanaian in front of me. The atmosphere was very intimidating," he explained. "They put us into a vehicle and we were driven into the desert. I saw an oil refinery, there was evidence of bomb strikes, burnt out vehicles and a strong smell. I think it was Ras Lanouf."

A Ghanaian worker claimed to have been abducted by Libyan military when they stormed his house in Sirte.

"They asked us why we were trying to leave the country and that we must stay to fight for when the Americans come," he explained. "We were taken to a police station and then to an underground hospital which they ordered us to clean."

Importing mercenaries
Reports of foreign mercenaries being shipped into Libya and shooting protesters emerged within the first weeks of the uprising.

"There's certainly evidence that Algeria sent pilots in before the no-fly zone and provided military transporters to move people, possibly mercenaries, maybe even equipment… but it is difficult to get them into the country," explains Jeremy Keenan, a professor specialising in the Maghreb who suggests that between 5,000 and 10,000 mercenaries may have entered Libya during this uprising, but that there is no concrete evidence.

"If you've got a million migrants milling around in Libya, mostly from sub-Saharan Africa, all paperless with no ID, I suspect he's using them, not Libyans, as human shields… the key thing is he (Gaddafi) has got them over a barrel, they can't leave," said Keenan. "I think the opposition people, when they bump into anyone fighting against them who is speaking another language and looks black, irrespective of how they got into Gaddafi's hands, they are using the word mercenary. There is a lot of confusion there."

Gaddafi has supported past Tuareg rebellions and allegedly backed candidates in recent elections in Niger, who may be beholden to support him.

Local African media have recently reported the recruitment and movement of young men into Libya, but others indicate that Tuaregs were recruited by the Libyan military several years beforehand. What is certain in recent weeks is that more people are leaving Libya than entering.

"Certainly Gaddafi uses mercenaries from abroad and from the foreign community in Libya. In Misurata, there are reports that the Africans are on the frontline, but the snipers are foreigners, mostly from Belarus, Eastern Europe," says Sliman Bouchuiguir, secretary-general of the Libyan League of Human Rights. "He has already used poor Africans as a political weapon against Europe saying he will let this African population go to Italy and Europe."

In an interview with French newspaper Le Journal du Dimanche, in February Gaddafi warned, "You will have the immigration of thousands of people who will invade Europe from Libya, and there will be nobody to stop them."

One million sub Saharan migrants, among them political refugees, are estimated to live in Libya, but there is virtually no documentation of the population. Many make the treacherous journey through the desert into Libya, either en route to Europe or to settle in oil rich Libya.

On entering Libya, thousands of migrants have been arrested and held in detention centres. Many of them are now escaping Libya and can speak openly about the appalling living conditions in the centres, torture resulting in scores of deaths, corruption, lack of legal and medical aid, all of which corroborates with earlier reports made by Amnesty International, Human Rights Watch and Global Detention Project.

Libya has never signed the 1951 Refugee Convention, and after allowing the UNHCR to provisionally re-open its office in Tripoli last year, the UNHCR has only ever been allowed to visit a few centres.

"There are 27 centres known to us. We can't even find out where the detention centres are, there is so little information. I would have little confidence that the treatment of detainees would be to EU standards," explains Michael Flynn, a researcher at the Global Detention Project based in Geneva.

Italy and other EU countries have made it policy to manage immigration from the source of its origins, and in recent years have collaborated with Gaddafi in stemming the flow of African migration – following the 2008 Friendship Pact, Italy has provided Libya with funding to build detention centres and surveillance equipment; the European Commission offered Libya up to 50 million Euros in aid last year to stop the flow of immigration.

"I don't know to what extent there were benchmarks built into these agreements between EU countries and Gaddafi, many of these were verbal agreements," explains Flynn. "There may have been some sort of reporting requirements on conditions, but I would have very little confidence that these requirements would have been met in Libya."

'I need to start again'

With the violence continuing in Libya, journalists and independent observers unable to access many parts of the country, the blight of Libyan and non-Libyans civilians remains largely unknown, but events inside Libya will have far reaching consequences beyond its borders.

As thousands of migrant workers return to their respective countries, Mediterranean and Western countries wrangle over their obligations to the displaced and refugees, neighbouring African states may face the migration of armed mercenaries crossing their desert borders, if, or when, they are no longer required in Libya.

Back in the desert camp in Tunisia, over 60,000 people have been evacuated by the UNHCR and the IOM to their respective countries, with on average of 2,000 flown out each day.

Others nationalities - Somalians, Eritreans, Sudanese, Iraqis and now Ivorians - with no safe country to be returned to, know they will be here for weeks if not months and attempt to make their desert camp as bearable as possible whilst awaiting to told where they will be resettled. Nearly all the families with young children belong to this group.

Waiting his turn to be told when he will be allocated a seat on a flight to Nigeria, the former police officer speaks of his future: "I left everything behind in Libya, all my clothes, savings, property and now I don't even have one dinar with me. I need to start again. If I can go home I will start to look for a job."

He currently shares a tent with five other men, all facing the same predicaments. "But even though I should be relieved to be going home, I'm still very worried about the people who are trapped inside Libya, the ones who can't get out and have been left behind. I have a bad feeling about what will happen to them."

Anna Branthwaite worked at the Choucha transit camp in Tunisia, taking photographs and interviewing case studies as a freelancer for the Office of the United Nations High Commission for Refugees UNHCR.