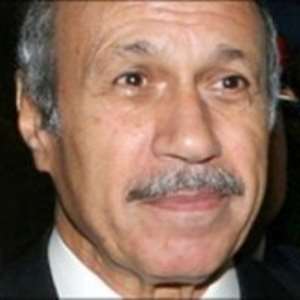 Habib el-Adly, also on trial for money-laundering, is accused of ordering police to open fire on protesters.

More than 360 people died in the violent uprising that led to former President Hosni Mubarak stepping down.

The prosecutor-general referred the ex-minister for "the premeditated and deliberate killing of some protesters".

Protest law
Mr el-Adly is charged with withdrawing policemen from the streets after 28 January when protesters violently clashed with security forces and the army was deployed.

Also on Wednesday, the country's military rulers endorsed a package of constitutional amendments adopted in a referendum.

The changes pave the way for parliamentary and presidential elections within months.

Meanwhile, the Egyptian cabinet has proposed a new law that would criminalise some forms of protest.

Cabinet spokesman Magdi Radi said the law, if passed, would mean punishment for those involved in protests that stop work or destroy property, AP reports.