World's Financial System in Limbo – What to expect ! 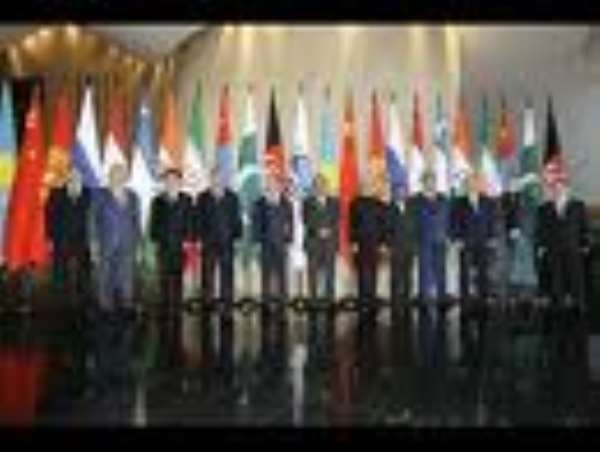 Quite recently, there has been much talk about the urgent need to protect investors, customers, markets and banks with regards to both types of financial systems through government intervention. Government intervention is primarily to deal with what is called “agency” problems in finance and economics. Unfortunately, even as immaculate protection of these entities is impossible and unfeasible, inordinate protection can lead to inefficiency of the financial system, or what is called “deadweight” in economics. Agency problems are inherent of financial system and it is not possible to completely eradicate them. Government regulations may improve transparency in the financial system and help also restore confidence in a country's global competitiveness, but it cannot abate completely the agency problems which emanates from the discrepancy between the management's self-interest and investors or stakeholders interest. Now, the federal government's expansion of power through regulations into the management of a country's financial system in order to deal with agency problems has its ramifications. The regulations may be towards the avoidance of the repeat of the financial meltdown and the rooting of potential “Madoffs”; however, care should be taken to avoid the production of “mechanical“ managers and curtailing of “innovative” managers. For the proper functioning and sustainability of the world financial systems, there is the need for strong ethical moral innovative managers and not ethical moral mechanical managers. Ethical moral innovative managers are endowed with unlimited power and they would act in the interest of majority of stakeholders in the presence of external stimuli influence. Contrarily, mechanical managers are those with limited discretion and who take decisions in response to problems based on an external stimuli or influence. As a matter of fact, mechanical managers do not have the freedom to make decisions that are in conformity with their own interests and that of the investors or stakeholders. Thus, an action plan by governments in the form of regulations should avoid providing a stringent documentation of regulations encompassing what managers, CEOs and those in higher authority should do or not do. This is because it would impede the existing deregulation in the world's financial system. Most importantly, the regulations should avoid telling the managers what they should do. Such an action plan has the potential proclivity towards the production of mechanical managers. Meanwhile, any government pursuit of extra transparency which is very important in a market-based bank-based systems should be applauded and commended as it would offer an appreciable level of protection for investors, markets, banks and stakeholders in general. The regulations should seek to prevent scandalous activities, promote compensation of managers tied to earnings and stock price methodology whilst preventing socialistic tendencies of government's ultimate interest and control of the systems. Judiciously, the trajectory of government's intervention should be towards transparency, accountability (that is better accounting disclosures) and probity to ensure sound financial practices in an atmosphere of flexibility in financial operations. Anything more than this, infringes on economic or financial freedom of the system.

The days when companies in the financial system paid huge sums to managers, CEOs without regards to earnings and stock prices are over. The future demands ethical moral innovative managers to promote transparency, accountability and probity in the financial system and to prevent a repeat of the meltdown. Now, too much legitimate power from the government can exacerbate the situation by turning innovative managers into mechanical managers. This is prevalent in most socialist and communist countries. These managers can be effective and efficient if they can collaborate with the government on the regulations whilst both parties make conscious effort to avoid the production of mechanical managers. Technically, efficiency and effectiveness is what distinguishes an innovative manager from a mechanical manager. For it is possible to be efficient without being effective and vice versa. By definition, efficiency is a measure of how well or productively resources are used to achieve a goal. Effectiveness is a measure of the appropriateness of the goals an organizational entity is pursuing and of the degree to which the entity achieves those goals. Mechanical managers may have effectiveness because of complete subjection to governmental control but lack efficiency due to absence of creativity and innovativeness. They may operate under too much of government control and so lack the freedom to be innovative or creative. Such managers cannot reconcile organizational goals with government regulations for efficiency. Consequently, they are not able to use the resources productively to achieve organizational goals. Production of mechanical managers has often resulted in wastage of human or intellectual capital over the years in several countries.

In spite of the efficacy of ethical moral innovative manager's positive impact on a financial system, there are associated negative dimensions. First, the setback in the government's regulations with respect to innovative manager's production is creation of utilitarianism-oriented systems -- a system with principles that advocates for the greatest good of stakeholders -- in that it supports the option that provides the highest degree of satisfaction to stakeholders. Secondly, this principle focuses on the results of our actions and not on how we achieve those results. The fact is that stakeholders have wide ranging needs and values and it is almost impossible to satisfy all these needs and values. If utilitarianism is to hold in this case then these innovative managers may be compelled to engage in unethical behaviors and decisions to attain results that seem ethical to some stakeholders (for example the government and some people of higher authority). Thus, what is ethical is relative with regards to stakeholders. This is also analogous to a contravention of the “public choice” theory in that the government's interest may not be the interest of the majority of stake holders. If the government seeks to regulate the financial market it would have to enact policies that are not totalitarianism-oriented but somewhere in-between egalitarianism and utilitarianism.

Egalitarianism principles advocate equality among all peoples socially, politically, economically and civil rightly. There are various forms of egalitarianism which includes gender, racial, political, economic, religious and asset-based. However, economic and asset-based egalitarianism would be of prime importance in the financial system. Egalitarianism is hard to achieve now because the economic inequality gap based on Gini coefficient analysis worldwide continues to widen due to the recession. This is also precursory that economic inequality is insurmountable in future. Though utilitarianism is dominant now, the best shot of government intervention is to produce policies that are in between the two principles. Why? Because utilitarianism has failed the system and there is the need for modification. Indeed, the recent financial meltdown is the result of utilitarian principles that have prevailed in the financial system. That is to say governments were focused on the results or positive outcome in the financial system and not on how the results were achieved. Consequently, the “smart” guys in the room took advantage of the situation and produced the worldwide financial mess.

Another underrated defect of government regulations is curtailing of financial innovation. Unfortunately, any unreasonable regulation may also create an incentive for banks or financial sectors or “gurus” to get around the regulation if it is unfavorable for business. They argue that it is financial innovation that has brought products like credit cards, debit cards, CDs, ATMs, internet billing, automatic banking transfers and determination of variable rates for transactions (mortgages, loans e.t.c). Thus, there is the tendency that government regulation that seeks to put a cap on how banks or financial institutions do business with clients would create an incentive for these institutions to act otherwise. These institutions would look for ways to get around it indirectly producing unpleasant financial innovations such as uncalled for penalties, unjustified fee charges and interest rates, bonuses and the likes whilst maintaining or declaring the needed profits. For example, one should not be exasperated if rates on ATM transactions increases as a result of a government regulated financial system. Another example could be the conversion of fixed rates into variable rates on loans, credit cards, unjustified declaration of bonuses for managers, CEOs based on market oriented explanations. All these are forms of unpleasant financial innovations which is possible under a regulated system. The fact is that the financial institutions are constantly seeking for ways to improve services as well as earn larger profits by lowering the cost of doing business and increasing the returns from their transactions. These institutions assert that they need financial capital to support their huge investments and assets and would try to get around these regulations in order to stay in business and do that.