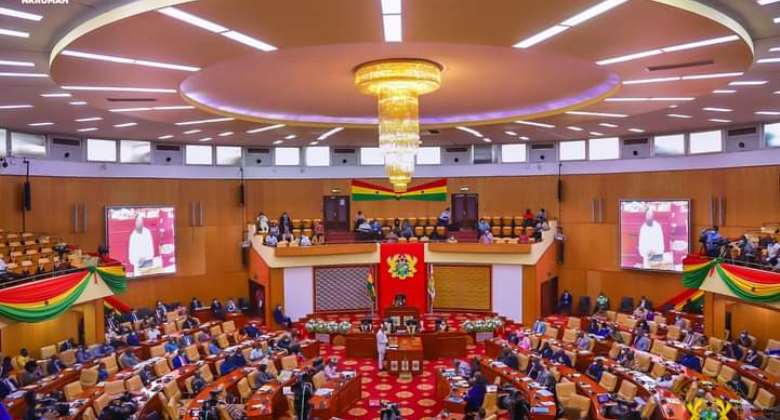 The Debate on the Budget Statement and Economic Policy of the Government of Ghana for the year ending December 31 2023, begins today, Tuesday, November 29 in Parliament.

Presenting the Business Statement of the House for the week ending Friday, November 25, Mr Annoh Dompreh, MP, Nsawam Adoagyiri on the ticket of the New Patriotic Party, noted that while other Committee Chairpersons and Ranking Members would be allocated 15 minutes, all other members would have ten minutes to debate the budget.

He, therefore, urged MPs to have a well-researched and informed debate on the Economic Policy of the Government for the year 2023.

“Mr Speaker, the Business Committee proposes that the debate for each day be structured along specific sectors that is governance, including security and public safety, finance and economy generally, energy and other infrastructural sectors, the social sector, local governance as well as youth, sports, tourism and the cultural sectors,” he said.

The recommendation, Mr Annoh Dompreh explained, would ensure coherence, comprehensiveness and logical flow of the debate.

He said on Wednesday, November 30, the Committee proposed the debate focused on Communications, Energy, Roads, Works and Housing, Sanitation and Environment while Thursday, December 1 would be for Education, Health, Employment, Youth and Sports, Tourism, Culture and Chieftaincy.

“Mr Speaker, as recommended during the presentation of the Business Statement last week, the Business Committee once again recommends that the Hosue commences sitting each day at 10: 00 am prompt and also have extended sittings to ensure the debate on the Budget Statement and Economic Policy of the Government concludes on Tuesday 6th December 2022.

“To that effect, Monday 5th December 2022, the House will sit to debate these sectors under the budget, Governance (including Local Government, Judiciary, Interior, EC, NCCE, CHRAJ) and conclude the debate on Tuesday 6th December 2022,” he said.

Mr Annoh Dompreh entreated all Committees to endeavour to commence the consideration of the Budget Estimates of the various Ministries, Departments and Agencies (MDAs) by Wednesday, December 7 2022.

He further urged all committees to expeditiously work on the Budget Estimates of the various MDAs for the consideration of the Hosue due to the limited time available to Parliament before the Yuletide.

“The foregoing recommendation is expected to enable the expeditious consideration of the Budget Estimates and the passing of the Appropriation Bill, 2022 before the House adjourning sine die in the fourth week of December 2022,” he said on the floor of Parliament on Friday.

By Article 179 of the 1992 Constitution and section 21 of the Public Financial Management Act, 2016 (Act 921) Mr Ofori-Atta, Minister for Finance on behalf of President Nana Addo Dankwa Akufo-Addo, presented the 2023 Annual Budget Statement and Economic Policy of Government to Parliament on Thursday, November 24.

It also featured updates on Ghana's engagement with the International Monetary Fund (IMF) for an IMF-supported Programme; year-to-date macro-fiscal performance of the economy; the YouStart initiative under the Ghana CARES Programme; climate action strategies; fiscal measures and debt management strategies to ensure fiscal and debt sustainability and promote growth.

Meanwhile, a two-day post-budget workshop has ended in the Volta Region ahead of the debate.

The annual Post-Budget Workshop had the primary goal of equipping MPs and Senior Officers of the Parliamentary Service with the skills to scrutinise the Budget Statement and Economic Policy of the Executive arm of government for the 2023 fiscal year.

Election violence in Nigeria's south east is threatening to ...
5 minutes ago