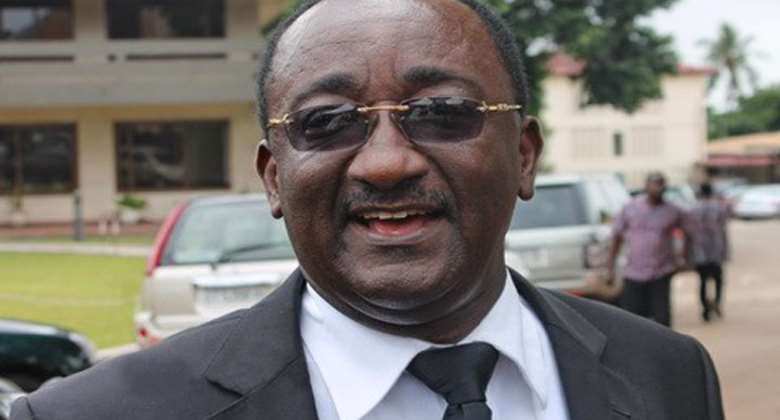 The Unprintable Words used by Captain Smart on Dr. Akoto and President Nana Addo today for no wrong done on Onua Tv, and transmitted by Akoma Fm was uncalled for, very wrong and truly worrying!

The attack was indeed Unprovoked and therefore did not merit such Distasteful Words on their personalities.

And for Akoma Fm and Kofi Asante to allow the NDC to influence them for such an agenda through their platform is not only nauseating but very sad and worrying for the forward match of this Nation, especially when John Mahama, the Arrogant Personality behind it, could not even put common electricity through cables under his rein, at a period when there were no Global Occurrence influencing Global Economy.

In fact, the Imbecility and Uncouth attitude of Captain Smart is part of the reasons Market Women and Traders are getting Emboldened and Sensational, and bloating prices of local Food stuffs out of proportion.

Times are hard , we understand, but the Market Women in our Cities Certainly know that Locally Produced Food which are in abundance at the farm gates and gotten at very lower cost price shouldn’t attract the cost they apply to when being sold to their customers because of easiness of them to take advantage of the free, lose and weak nature of our local trade structures under the prevailing dire economic situation.

Now ethics of the Journalism Profession have been thrown to the pigs with open abuse of personalities with Uncouth Words regarding attempts to making dissenting views.

In fact, the Buffoonery, Psychosis and Sensationalism of Captain Smart is getting out of hand and it seems no one is concerned and advising him on such unprofessional ethics, lunacy and madness.

Please I will advise his wife to start advising him to take some Mental Drugs before going on Set because the perception of his Mental Ailment should no longer be taken for a Joke, but should be immediately worked on to help him out of the perceived situation before it turns Catastrophic.

Moreover, the earlier we all humbly advise and call out to the traders in the Country to stop taking negative advantage of the economic situation and to restrict and restrain their negative trade activities which has further dire consequences on the already strained economy for their personal gain, the better for all of us and the progress of the Nation!

I don't recall we ever changing a leader in the middle of a ...
29 minutes ago