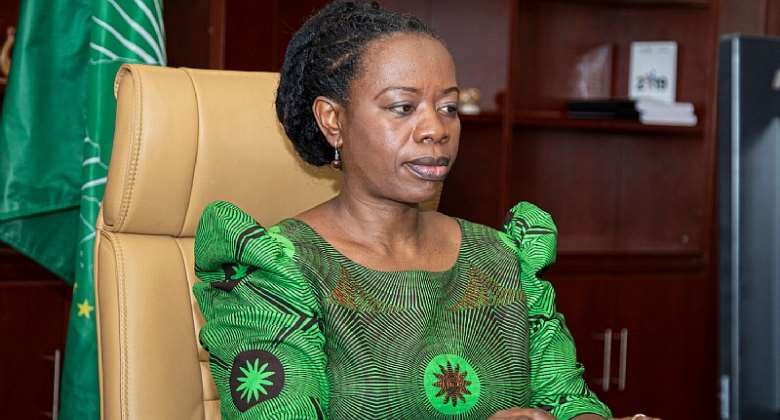 This, she said, would lift Africans out of poverty.

The AfCFTA, which is a flagship project of AU's Agenda 2063, is not only designed to increase intra-Africa trade flows, Dr Nsanzabaganwa stated.

She said that the AU Agenda 2063 was founded on the conviction that the people of Africa were the architects of the continent's sustainable development.

She noted that it is critical to foster an inclusive and sustainable socio-economic development agenda that is anchored on the people who are to benefit from such development.

“It is also important to ensure the effective implementation of supporting policies and programmes,” Dr Nsanzabaganwa stated at AfCFTA Conference on Women and Youth in Trade in Dar es Salaam, Tanzania, a document made available to the Ghana News Agency showed.

The AfCFTA Conference offered an important platform to engage all stakeholders, including women, youth entrepreneurs, and businesses, on the challenges they faced as cross-border traders, but also on the solutions, they would like the AfCFTA, and more specifically, the Protocol on Women and Youth in Trade to bring for them.

Dr Nsanzabaganwa explained that the AfCFTA Conference on Women and Youth in Trade was a manifestation of the highest level of political commitment to ensure that no one was left behind.

The AU Deputy Chairperson said aspiration six of AU Agenda 2063 sought to create a prosperous Africa whose development was people-driven, relying on the potential offered by African people, especially its women and youth.

For women and youth to take advantage of opportunities offered by the AfCFTA Agreement, Dr Nsanzabaganwa said they must have the capacity to access financial products and other factors of production to build and scale up their businesses in order to meet the demands of an AfCFTA market.

“Financial inclusion is intrinsically linked to trade and is essential to the success of the AfCFTA. Indeed, for women and youth to access funds to grow and scale up their businesses, they must operate within the formal financial system.

She said through the initiative, an accountable partnership framework was created to unlock US$100 billion in financing for at least 10 million African women and youth entrepreneurs by the end of 2030.

Dr Nsanzabaganwa stressed that the WYFEI 2030 initiative also seeks to secure the increased representation of women and youth in leadership positions (AU commitment of 50 per cent for women and 35 per cent for youth) and in public procurement (at least 40 per cent).

Other deliverables include friendly policy and a legal and regulatory environment that creates growth opportunities and jobs and make it easier for women and youth to do business.

She, therefore, commended the AfCFTA Secretary General for working closely with the AU Commission and other Organs of the Union to move the initiative to the stage of implementation, the main success factor of ownership at the country level.

The AU Deputy Chairperson also called on Government Authorities, including Ministries, Central Banks and other Regulators, to subscribe to the continental effort, customizing it to the best of their ability and committing to reporting progress at regular intervals.

She also appealed to all stakeholders in the Private Sector, Financial Institutions, Civil Society, Women and Youth Networks, Faith-Based Organizations, and Development Partners, to put resources together- financial and otherwise- in a co-creation mode to fully establish women and youth as a powerhouse of our economies and contributors of solutions that Africa needs to feed itself, keep healthy, industrialize and trade more within its borders.

“It is time to be deliberate and intentional in our approach to implementation of policies and programmes that enable women and youth to leverage opportunities offered by the AfCFTA and be masters of their own destinies,” she said.

Dr Nsanzabaganwa reiterated the AU Commission's commitment to work with all stakeholders, including the AfCFTA Secretariat to ensure that the AfCFTA delivers on its promise of development for all.