India must step up its diplomatic efforts to help Mali 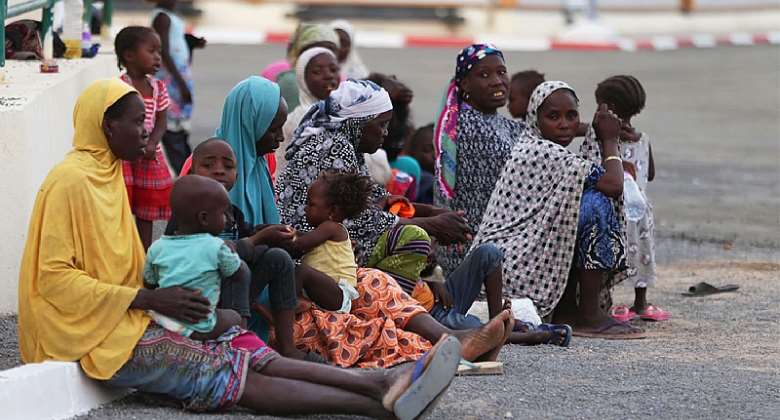 The Algerian government has started the repatriation process for thousands of migrants, mostly from Niger and Mali. FAROUK BATICHE/ANADOLU AGENCY/GETTY IMAGES

Mali is currently experiencing both an Islamist insurgency in the north of the country and a political crisis in the centre as a result of two consecutive coups. On August 18, 2020, a group of senior army officers dissatisfied with the deteriorating political and security situation overthrew the current democratically elected government and established a new transitional one. The new government pledged an 18-month time frame for the fresh Presidential and Legislative elections and fixed the date as February 2022. But in May 2021, the country had its second coup within a year, removing the interim government.

Following the second coup, France decided to withdraw its troop from Mali. Additionally, there were also reports of a deal between Russian private military company Wagner Group and the Malian junta. The presence of the Wagner group, accused of having close ties to Russian President Vladimir Putin, irked France and decided to withdraw its entire troops from Mali. French decision to pull out would most certainly impact the decisions of other countries providing security to Mali, such as Norway, Hungary, Portugal, Romania, and Lithuania.

In August 2022, over nine years after its first intervention, the penultimate French troop left Mali. Although the withdrawal of French forces from Mali began in December 2021, there are worries that this complete withdrawal may exacerbate the country's instability. The fear stems from the fact that the Islamist separatist movement of the north not only survived but has been slowly moving southward despite the presence of French and other foreign forces.

Mali shares its borders with seven countries: Mauritania, Algeria, Burkina Faso, Guinea, Niger, Ivory Coast and Senegal. In recent times, these radical Islamist groups have been successful in spreading across two neighbouring countries, Burkina Faso and Niger. In 2021, Jihadist groups claimed responsibility for 15 deaths per attack it carried out in Niger. And this year, in January, there was a successful coup in Burkina Faso. The expansion has also affected the coastal countries in the Gulf of Guinea, which had hitherto been spared from violence. Now, there is already growing concern that the French military withdrawal may lead to an Afghanistanesque collapse of Mali and destabilise the whole of West Africa.

This whole security situation in Mali has put India in a precarious position. Mali and India have a long history of friendly relations. In fact, the relationship between India and Mali goes back to when India raised its voice against colonialism on different platforms. According to H.E. Anjani Kumar, who has been serving as Indian Ambassador to the Republic of Mali since January 2020, India is widely respected in Mali because of a number of things, including its extensive history, cultural diversity, upholding of traditional family values, stance on African issues, strong democratic institutions, robust education system, and willingness to share its knowledge with others ever since it gained independence.

Today, India has a considerable investment in Mali, among the highest in Francophone West Africa. Over the years, India has extended its development partnership with Mali in different forms. Under Lines of Credit, India has already completed seven projects worth a total of US$ 303.6 million. In addition, India has extended soft loans totalling US$ 353.6 million for various developmental projects, including in the power sector. India is constructing 393 kilometres of high voltage (225 kV) double circuit transmission line to connect Mali's capital Bamako to its southern region, Sikasso. Executed by Kalpataru Power Transmission Limited (KPTL), Tata Projects and Mohan Energy, this 100 million USD project is India's most significant project in Mali so far. During ISA Founding Conference, India pledged an additional US$ 100 million for three solar projects.

Due to its unique location, the country has enormous strategic importance for India. And if these Islamists somehow succeed in capturing the Gulf of Guinea, it will jeopardise the world's and India's source of oil and other mineral resources. Given India's military limitations, India would want France to recalibrate its relationship with Mali and support the Malian army. However, any Franco-Indian partnership may put India into direct collision with Russia.

The crisis in Mali has challenged the Indian diplomatic ability to maintain the non-alignment between France and Russia towards improved security in Mali and the Gulf of Guinea. But first of all, India must bring these two security giants under one roof and initiate the conversation. Earlier, India's effort to jointly develop an orbiter device for its own Venus Mission failed as France refused to work with Russia. Recently, Russian Foreign Minister Sergei Lavrov spoke in favour of India as a mediator in resolving the Ukraine crisis. India has consistently favoured using diplomacy and negotiation to settle disagreements and conflicts. Thus, to tackle the crisis in Mali, Indian diplomacy must put in place considerable effort that would make France and Russia cooperate for the security crisis on Mali. With a heterogeneous mix of Islamists, separatists and ethnic militias, Mali has become a tinderbox and can explode anytime. India must act cautiously but must act at the earliest.

The author is Doctoral Scholar at JNU and Research Associate with the Vivekananda International Foundation. The views expressed are personal.