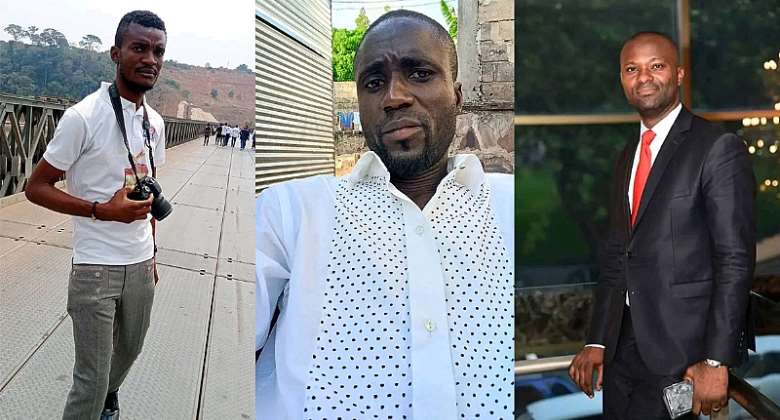 Kinshasa, September 2, 2022 – Authorities in the Democratic Republic of the Congo should thoroughly investigate the arrest, assault, and detention of journalists Jojo Jibikilayi, Emmanuel Tujibikila, and Achède Milantesa and hold the police officers responsible to account, the Committee to Protect Journalists said Friday.

On Monday, August 29, DRC national police officers arrested Jibikilayi, a reporter with the privately owned Journal de la Ville news agency, while he covered a protest in Kinshasa, the capital, the journalist told CPJ by phone and messaging app. Jibikilayi was released unconditionally later that day after his lawyer intervened.

Separately, national officers arrested reporter Tujibikila and camera operator Milantesa, both with the privately owned Pas de Complexe news agency, as they covered the same protest, the journalists told CPJ by phone and messaging app. Tujibikila and Milantesa said they spent a night in detention but were released unconditionally on August 30, after Kinshasa provincial police commissioner General Sylvano Kasongo ordered their release.

All three journalists told CPJ that they were physically abused while in police custody.

“DRC authorities should investigate the arrest and abuse of journalists Jojo Jibikilayi, Emmanuel Tujibikila, and Achède Milantesa, and ensure those responsible are held accountable,” said Muthoki Mumo, CPJ’s sub-Saharan Africa representative, from Nairobi. “DRC media should be permitted to cover matters of public interest, like demonstrations and protests, freely and without fear of violence or intimidation.”

The protests were led by supporters of the Alliance for Change (A-Ch) opposition political party, according to the journalists, who added that demonstrators demanded the release of their leader, Jean-Marc Kabund, who was arrested on August 9 and remained in detention in Kinshasa’s central prison, according to news reports.

Officers arrested Jibikilayi on the orders of a police colonel at the protest and took him to the police station in the commune of Matete in a taxi paid for by the police, the journalist told CPJ.

Jibikilayi said that police accused him of covering an opposition demonstration that was not authorized by Kinshasa Governor Gentiny Ngobila Mbaka and of being an activist member of the A-Ch opposition party, adding that he denied the allegations and showed his press card to the police.

At the station, Jibikilayi said police confiscated his camera and punched him before he gave a statement. The journalist said the beating left him with a swollen right eye, for which he went to a nearby hospital for medical attention, and his camera was returned to him upon his release.

Separately, Tujibikila and Milantesa told CPJ that police arrested them, forced them into a taxi bus hired by the officers, and punched them on their way to the Matete police station. The journalists told CPJ that they did not sustain any serious injuries.

At the station, police questioned the journalists and locked them in a cell, the journalists said. The police also accused them of being A-Ch opposition party members, the journalists told CPJ, adding that they showed officers their press cards and were wearing t-shirts with the names of their media outlet.