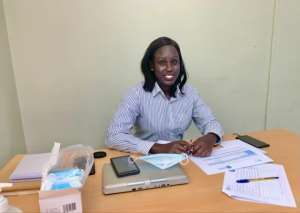 New York, August 15, 2022–South Sudanese authorities should immediately drop all legal proceedings against journalist Diing Magot and allow her to work without fear of arrest or intimidation, the Committee to Protect Journalists said Monday.

On Monday, South Sudanese authorities released Magot, a freelance reporter, on bail after she spent eight days in detention, according to news reports, Patrick Oyet, president of the Union of Journalists of South Sudan (UJOSS) trade group, who spoke to CPJ via messaging app, and a statement on Twitter by the South Sudan National Press Club, a local media association.

Authorities arrested Magot on August 7 while she was on assignment covering a protest in Juba, the capital, for U.S. Congress-funded broadcaster Voice of America, as CPJ documented at the time. VOA confirmed her release in a statement.

Daniel Justin Boulo Achor, a spokesperson for South Sudan’s national police, told CPJ via phone on Monday that authorities had charged Magot with crimes related to her alleged participation in a protest. Achor said he could not “remember exactly” the charges.

“The case will be taken to court and they will be summoned for the hearing,” which had not yet been scheduled, Achor said.

“South Sudanese authorities should drop all legal proceedings against journalist Diing Magot and allow her to work freely and without investigations hanging over her,” said Angela Quintal, CPJ’s Africa program coordinator. “It is good that journalist Diing Magot was released, but she should have never been detained for more than a week in the first place.”

Police retained Magot’s phone and recorder, which they had seized from the journalist, as “part of our evidence,” Achor said. “They will be presented to the court,” Achor said, adding that her phone had been searched.

CPJ could not confirm the charges against Magot, but Oyet told CPJ that at least one was under section 82 of South Sudan’s penal code, which relates to “Possession of Articles for Criminal Use” and is punishable with up to one year in prison, an unspecified fine, or both.

Another person with knowledge of the case who spoke to CPJ on the condition of anonymity because they were not in a position to comment publicly said that Magot and others arrested at the August 7 protest faced at least five protest-related charges.

In a phone interview with CPJ, Elijah Alier, the managing director of South Sudan’s Media Authority, which regulates the country’s media, said that Magot is “a journalist, not a protestor” and that the Media Authority is investigating whether she had conducted any “journalistic wrongdoing.”

CPJ called Achor back to request comment on Alier’s assertion, but he did not pick up.