Electoral Commission hints at using Ghana Card for registration of voters going forward, a novelty or an idea the NDC has long thought about? 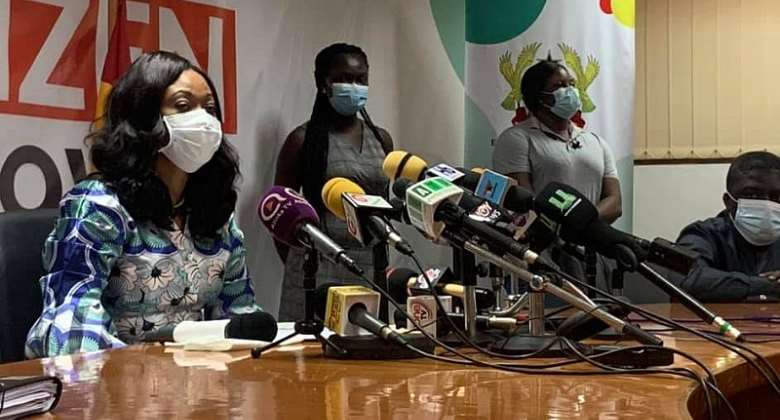 The EC's recent indication to use the Ghana Card as a breeding document for the registration of voters into the register has sparked a flutter of animosity from the NDC. On one hand, the NDC misgivings are understandable but on another, I see the hypocrisy and the huge unsaid pretensions behind this sudden posture. This write-up seeks among other things to expose the NDC hypocrisy regarding the use of the Ghana Card as the sole document for the voter register.

it is very disgusting and uncalled for how NDC is jeopardizing the very law they passed in Parliament concerning the Ghana card.

It would be recalled that the erstwhile NDC administration passed an LI in 2012(LI 2111) paving a way for the coming into being of the Ghana card.

When referenced is made to the LI Registration Act 2012(LI 2111), Regulation 7 on page four of the LI, it is categorically and emphatically stated without any iota of equivocation that voter registration among other items captured under regulation 7(1) of the LI captioned; *MANDATORY USE OF NATIONAL IDENTIFICATION CARD* requires the card before transactions are made.

It is clear from regulation 7(2) that an organization that offers any of the services in respect of transactions listed under sub-regulation (1) shall demand the representation of a national identity card from the individual concerned before providing the relevant service to the individual. The EC is an organization that is articulated unambiguously in the LI for the understanding of the ordinary Ghanaian.

It is therefore unfortunate that the NDC has found itself in a quandary and does not know what to do but to incite Ghanaians against the electoral commission in a purported mindset that it is the ruling government's idea.

There is also an erroneous impression by the NDC that the electoral commission is either going to use the Ghana card in the elections or compile an entirely new voters register. This thought is fallacious and outlandish. It is therefore only good the record is set right that, it is only new entrance that will be registered under the requisition of the Ghana card captured under the LI passed by the erstwhile administration.

The opposition is either exhibiting ignorance of the law they passed or exercising intellectual dishonesty because the Hon Kwame Governs AGbodza, a member of Parliament for Adaklu on the ticket of the opposition party was on record to have stated on Metro TV on the 9th of August, 2022 on a good morning Ghana show that Mandatory used in the regulation does not mean it is compulsory to use the Ghana card or it is the sole document, which is below the belt.

The attitude of the NDC momentarily leaves so many questions which are begging for answers which are as follows;

1. Is it that the NDC had an ill motive of rigging future elections when they passed the LI but woefully lost power to the ruling party?

2 is it that the short memory syndrome insinuated by the former president of the erstwhile administration is at play?

3 Are they confirming they don't like reading as espoused by the vice president of the republic of Ghana for which reason they couldn't read the law they passed?

4. Could it be the case that the NDC is engaging in intellectual dishonesty?

In a nutshell, the preceding has aimed to unearth the NDC's spectacular, deliberate deception, duplicity, and double standards regarding the use of the Ghana Card for voter registration. Ghanaians should note that the NDC is on their usual penchant proclivity to repudiate a transformative initiative in our electoral process not on any genuine basis but in utter desperation for power. The NDC outcry should be treated with the disdain it deserves.