How not to respond to drought: lessons from Angola 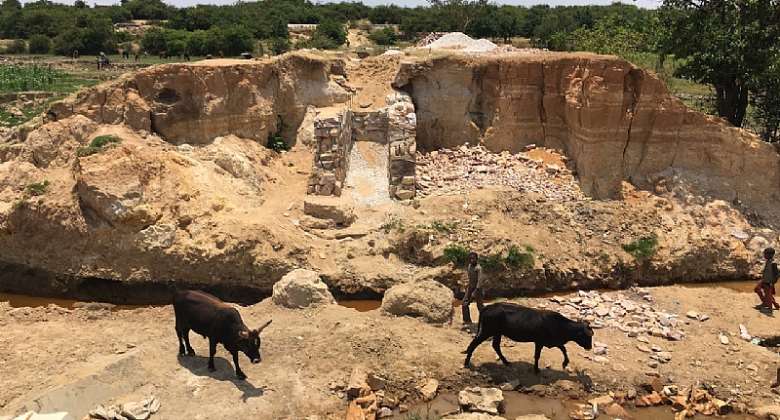 Three years after a severe drought in southwestern Angola, people in the area continue to suffer. Hunger remains pervasive and they are still losing livestock.

In a recent report we looked at fallout from the extreme drought in the region in 2019. There was almost no rain for 10 years. This led to a humanitarian and environmental disaster. According to data published by Unicef in June 2019, around 2.3 million people experienced food insecurity as a result of the drought, and hundreds of thousands became malnourished.

Our report attempted to unpack why the situation remains so dire. Rainfall continues to be irregular and scarce, making most local rural communities unable to survive the cacimbo (dry season) without relying on donations of food and water. Crops have failed and livestock lack pasture. Many people are migrating to Namibia or urban areas. This is despite the fact that the crisis triggered national and international responses.

The report set out factors that made the impact of the drought worse. These included the way in which the government provided assistance, as well as infrastructure failures. While existing transport and energy networks were breaking down due to a lack of maintenance and repair, the government's response focused on new, long term construction projects. These privileged large-scale farming projects over the traditional farming and herding.

We found that no solutions had been found to the impact of the drought and the suffering of communities. The reasons for this include:

no serious consideration of the local rural communities' lifestyles.

We conclude that drought aid will not be enough unless these issues are addressed.

In 2019, southwestern Angola became one of the hotspots of international climate debates , due to an extreme drought situation. Millions of people were affected, as well as millions of livestock.

The drought cycle had begun a decade earlier, with a succession of years with irregular rainfall patterns, as reported by the United Nations Office for Disaster Risk Reduction back in 2016 . Local rural communities were already accustomed to living in arid and semi-arid conditions. But in 2019, the cycle peaked, and traditional survival strategies were no longer effective.

International organisations, such as Unicef , described the situation as “the worst drought in 40 years”. This triggered an unprecedented response from Angolan civic society, government and opposition parties.

First there were immediate campaigns to distribute food and water. The government under President João Lourenço also sponsored several programmes focused on water distribution and infrastructure. New dams and pipelines were built. It also refocused a financial programme designed to strengthen food security in rural areas towards immediate aid to local communities.

Three years after the crisis, what has been the effect of the relief efforts?

During our research in the provinces of Huíla, Cunene and Namibe we saw several different projects and interventions. These ranged from large infrastructural projects, in particular the Cunene River water transfer system , to local water access and retention systems such as the cisterna calçadão or livelihood diversification programmes.

But we also found that the level of humanitarian vulnerability and insecurity had not changed significantly. These were the main problems we identified:

Firstly, an unexpected factor added to the crisis: the COVID-19 outbreak. While the rate of infection among local communities was low according to government figures, restrictions had an impact. For instance, the closure of the Angola-Namibia border throughout 2020 and 2021 interrupted trade.

The immediate assistance programmes (food, seed and water distribution campaigns) were irregular and unsystematic. Several communities living in the more remote areas were left out. Water distribution projects began with large cistern tanks that were too big and heavy to reach off-track areas. Later on, a “moto-cistern” system with motorcycles carrying water tanks was introduced. But poor road conditions hampered this.

The role and capacity of local authorities (communal or municipal) was hindered by excessive centralism. All the major initiatives, such as the poverty reduction programmes and infrastructural development schemes, were designed and promoted from the presidential cabinet without sustained engagement with local authorities. All also involved painstaking bureaucratic processes.

A number of problems have emerged with the long-term projects. One example is the water transfer system around the Cunene River. Firstly, it faces an uncertain conclusion. Secondly, it could create further inequalities in the distribution of and access to water . In our visit to the commune of Oncocua in the province of Cunene, local communities were wondering why the projected pipelines didn't include their areas. In addition, the projects privilege big businesses involved in new construction projects instead of rehabilitating existing infrastructure. Examples include the Neves and Matala dams which hark back to the colonial period (pre-1975). Local communities historically organised their livelihoods around them. But the lack of maintenance has created “micro-droughts” in water-rich areas .

Aid and relief projects organised by NGOs provided immediate solutions. These ranged from the construction of water holes and pumps to the repair of water retention systems. But the response depended on external funding and lacked an overarching plan.

Large-scale agro-industrial and mining projects in the region have intensified the pressure on the soil and water resources, and interrupted or hampered the patterns of traditional pastoralists. As Amnesty International reported in 2019 and 2021 , these projects in Huila province led to traditional communal pasture lands being appropriated. This increased conflict.

The government's initiatives took place without the support or knowledge of local communities. This was particularly true when it came to the design of practical solutions such as the installation and maintenance of water holes and the development of farm plots.

In August of 2022, Angola will be holding presidential elections. As part of his campaign ahead of polls, President Lourenço has said that efforts to manage the effects of the drought would be his priority in the next cabinet . The announcement may seem like a positive gesture. But the fact that it is formulated three years after the crisis shows that the response to drought in southwestern Angola has, so far, been inefficient.