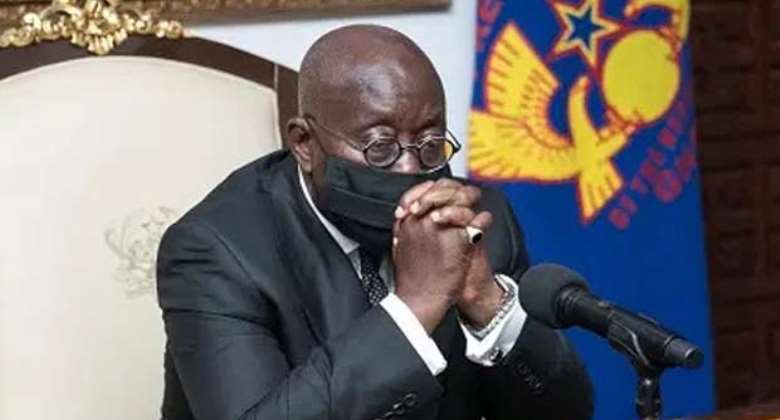 THE DESIRE for reshuffling has never been so heightened in the country. Previously, hardly on the lips of ordinary street persons, now the subject is one being discussed all over the place.

Whether the non-reshuffling has joined the Russian/Ukrainian war to bring us where we are today or not, is nonetheless dear to the hearts of many Ghanaians especially, supporters of the New Patriotic Party (NPP). It therefore, requires the President's attention and action and presto.

A fortnight ago, just when it appeared to be going to happen, it evaporated into thin air. So passionate have many of NPP foot soldiers been about the subject that they resorted to flying an assortment of projections purported to be the list of changes that the President was going to announce. Although some of the lists were too outrageous to be authentic, they served one purpose – telling the President that Ghanaians want a reshuffling of ministers.

Whether the President will do it or not, will continue to remain a one million dollar question for us to brood over in the coming days.

As a listening President, he should live up to his billing and act fast because indeed, every Ghanaian but the ministers themselves, long for such changes.

Ministers have stayed on their portfolios for too long and in some instances, recording diminishing productivity.

If there is anything which can re-energise Ghanaians, it is an announcement about a reshuffling of ministers.

With due reverence, we wish to relay the feeling of our compatriots on this issue to the President so he would have a change of heart.

When issues of this sort remain on the backburners for too long, they generate all manner of street gossips most of which are anything but inuring to the interest of the government and for that matter, the country.

Going down as the government which has never reshuffled its ministers is not a compliment worth flaunting. It would, therefore, be a welcome relief if the President reconsiders his stance of not reshuffling, as some political gossipers have began saying in street corners.

We do not think that the President wants to claim all is well with his appointees in their various portfolios. They must be reshuffled for the purpose of bringing out the best in them to serve as a protest to those who have fallen below expectation, and of course, there are some in this bracket.

Such changes and even the dropping of some appointees fortifies the government not weakening it as some would want us to admit.

To subtly kick against reshuffling with the claim that it would not address the challenges of the country is too simplistic and therefore, worthy of even discussing.

Those who wish the President well would rather he reshuffles than listen to cheeky tweets.