By Committee to Protect Journalists
Ethiopia 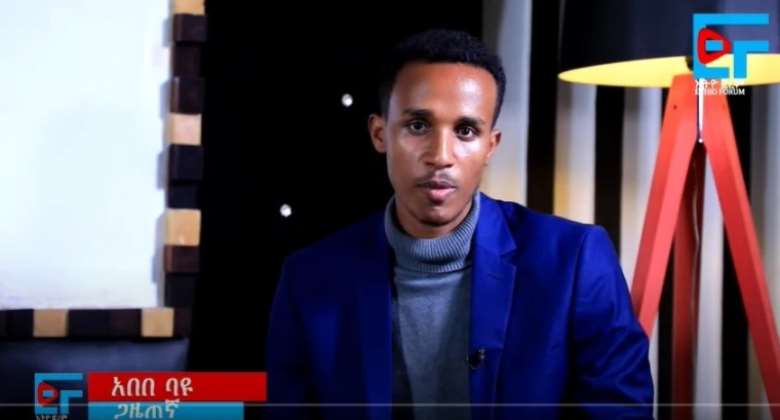 Ethiopian authorities should unconditionally release journalist Abebe Bayu and all other members of the press held for their work, the Committee to Protect Journalists said Wednesday.

At about 10 p.m. on June 29, men in civilian clothes who identified themselves as security personnel arrested Abebe at his home in Addis Ababa, the capital, according to two people familiar with his case who spoke to CPJ on condition of anonymity, citing safety concerns, and reports by the privately owned media outlets Addis Standard and Asham TV.

Abebe, a reporter and analyst with the YouTube-based outlet Ethio Forum, was arrested one day after Yayesew Shimelis, the outlet’s administrator, was similarly detained by plainclothes security personnel, as CPJ reported at the time.

The two people who spoke to CPJ, who are also familiar with Yayesew’s case, s aid that authorities had not disclosed the locations of either journalist or the reason for their arrests.

“Ethiopian journalist Abebe Bayu has been detained for a week, and the silence around his whereabouts is distressing and sends a clear message that authorities will not hesitate to run roughshod on the rights of critical journalists,” said CPJ’s sub-Saharan Africa representative, Muthoki Mumo. “Ethiopian authorities should hold accountable those responsible for Abebe’s arbitrary detention, and ensure that he and his colleague Yayesew Shimelis are released without delay.”

That Addis Standard report alleged that Abebe was being held in Awash Arba, a town in Afar state. CPJ was unable to independently confirm that report, which was based on unidentified recently released detainees.

Ethio Forum has a history of critical journalism, and both Yayesew and Abebe have been arrested several times over the last two years, including in mid-2021 when they were held for weeks at a military camp in the town of Awash Sebat Kilo, in Afar state, according to CPJ’s previous documentation and media reports.

Ethio Forum’s YouTube page has not published any new reports since May 26, and one of the people who spoke to CPJ said that this was in part due to Abebe’s own safety concerns.

Separately, privately owned Feteh magazine chief editor Temesgen Desalegn was detained on May 26 and was granted bail by a federal court on July 4, but remains in detention; his lawyer has filed a complaint requesting his release, according to news reports and a Facebook post by Temesgen’s brother Tariku Desalegn.

Temesgen is charged with disclosing military secrets in his writing, which carries up to five years in prison; disseminating inaccurate, hateful, or subversive information calculated to demoralize the public, which carries up to 10 years; and disseminating false information with the intent to cause mutiny or distrust among the military, which can carry up to life in prison, according to court documents reviewed by CPJ and the Ethiopian criminal code.

Authorities say the violations were committed in issues of Feteh published between January 2019 and March 2022, according to those documents.

Article 19 of Ethiopia’s constitution requires authorities to produce detainees in court within 48 hours of their arrest and to inform them of the reason for their detention, and Article 21 grants those held in custody the right to access their legal counsel and family.

Article 86 of Ethiopia’s 2021 media law stipulates that people accused of committing offenses through the media should not be held in detention without being charged with a crime.