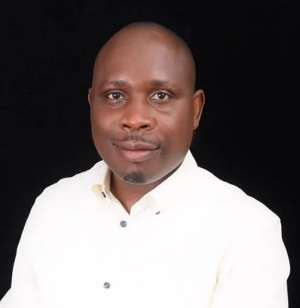 President of the Artisanal Palm Oil Millers and Outgrowers Association of Ghana, Mr. Paul Kwabena Amaning, has opined that going to the International Monetary Fund (IMF) has never solved Ghana's economic challenges hence government should take advantage of the palm oil industry to invest in palm oil production for manufacturing and export to generate foreign exchange to save the economy.

He stressed that Ghana has 360,000 hectares of land which can be used to cultivate palm oil in large quantities to create over 1.4million jobs.

Mr Amaning noted that government can get 108 million tons of crude through palm oil which can generate over 1 billion dollars a year to revive Ghana’s economy.

But Mr.Paul-Kwabena-Amaning believes going to the IMF had not helped Ghana.

“Ghana has 360000 hectares of land which can be used to cultivate palm oil in large quantities which can provide over 1.4m jobs and generate over 1 billion dollars a year to revive Ghana’s economy. International Monetary Fund (IMF) is never a good alternative, the IMF policy was the reason why all the plantation farms which were initiated by Ignatius Kutu Acheampong in the past have all been sold to the whites because of the IMF policy,” Mr.Paul-Kwabena-Amaning told Accra-based Kingdom FM 107.7.

He added, “Government should stop the decision of going to IMF, they should rather focus on investing in oil palm business that will generate more revenue for the country.”

He opined that under Ignatius Kutu Acheampong’s regime he started ‘Operation feed your self’ in the Eastern region which helped in cultivating large palm oil production in large quantities.

‘Operation Feed Yourself’ according to him, gave birth to Twifo Oil Palm, GOPDC, BOP in Central, Eastern and Western regions respectively.

According to him, oil palm served as raw material for the industry and a good source of foreign exchange, and urged Ghana to use its arable land to cultivate the country’s second most important cash tree crop, after cocoa.

Mr.Paul-Kwabena-Amaning said with government support, will promote the commercial cultivation of palm oil to meet local and international demands.

“As a Ghanaian…, I’m very keen about our palm oil industry because it will create employment for our youth and solve many of our socio-economic problems that’s why I believe we can leverage on our palm oil to expand to boost our economy.”

I sold my virginity to a fetish priest for money, now my vag...
11 minutes ago

Economic crisis: We are all in this together and we intend t...
26 minutes ago