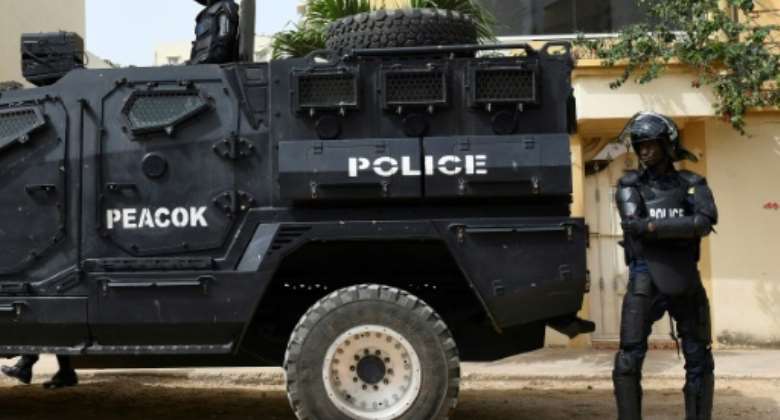 A barred protest on June 17 led to clashes in which three people died, according to opposition figures.. By SEYLLOU (AFP)

Senegal's main opposition on Wednesday said it would halt street protests and take part in upcoming elections that it had threatened to scuttle after a row erupted over its candidates.

Tensions have been rising in the West African state ahead of the July 31 legislative vote, seen as a key test for President Macky Sall.

Three people died in outlawed demonstrations on June 17, according to opposition figures, and the authorities slapped a ban on a further protest called by the opposition for Wednesday.

But hours later, the country's leading opposition figure, Ousmane Sonko, said the protests were being halted "following appeals from the public, which expressed its concern over the (Muslim) festival of Tabaski" on July 10.

People were also worried about the risk of disruption for students taking important exams, he said.

"We have to shift resolutely towards preparing for the legislative elections of July 31," Sonko told reporters in the capital Dakar.

The opposition coalition Yewwi Askan Wi "will join these elections," fielding candidates in all 54 regional districts, he said.

The ballot is for the 165-seat National Assembly, where Sall supporters wield a majority.

"If Macky Sall loses, he won't be talking about seeking a third term," said Sonko, referring to opposition claims that the twice-elected president is seeking to extend his time in office.

Sall has remained vague on the subject.

Sonko came in third in the 2019 presidential elections and has already declared he will run in the 2024 ballot.

But the country was shaken by several days of rioting in March last year, claiming around a dozen lives, after Sonko was accused of rape.

Declaring the move to be politically motivated, the group's leaders called a protest on June 17.

In addition to the three deaths, around 200 people were arrested, the opposition said.

Two lawmakers were among those detained, one of whom was handed a six-month suspended term on Monday, while the other was released.

Another protest, scheduled for Wednesday, was banned by the prefect of Dakar, who declared there were "real risks" that the rally would be infiltrated by troublemakers and public order and property could be at threat.

It also said the demonstration would breach laws banning "disguised" propaganda taking place within 30 days of the official start of an election campaign.

The official start of campaigning for the legislative poll is July 10.

With the exception of a small number of lawmakers chosen by the Senegalese diaspora, seats in parliament are chosen according to national lists of candidates and a majority vote among the country's departments.

One of the names had been accidentally put down both as a first-choice candidate and as an alternate candidate, thus invalidating the list.

However, the coalition can still compete using the alternate candidates list.

Civil society campaigner Alioune Tine on Wednesday welcomed Sonko's announcement, which he said had come after the state "made a gesture by releasing the members of parliament."

"The conditions are now right for a political dialogue in the runup to the elections," he told AFP.

Sonko also called on the public to go into the street or onto their balconies on Thursday and bang on saucepans or other kitchen utensils for 30 minutes to show their discontent.

'Forgive me if I was wrong to spearhead renovation of Asomdw...
25 minutes ago