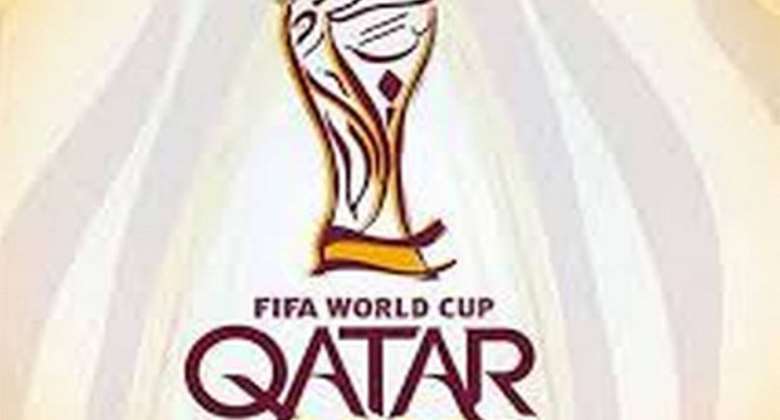 A sordid enterprise, nasty, crude and needless. But the World Cup 2022 will be, should anyone bother watching it, stained by one of the highest casualty rates amongst workers in its history, marked by corruption and stained by a pharisee quality. The sportswashers, cleaning agent at the ready, will be out in force, and the hypocrites dressed to the nines.

From the start, the link between the world’s premier football (or soccer) competition and the gulf state was an odd one. Qatar and the World Cup are as connected in kinship as gigantic icebergs and parched desert sands. But money was the glue, prestige the aim, and there was much glue to go around when it came to securing the rights to host the competition. What was lacking was a football tradition, an absence of sporting infrastructure, and the presence of scorching weather.

The central figure in this effort of bald graft over distinguished merit was Mohamed Bin Hammam, Qatar’s football grandee and construction magnate. From his position as a member of the executive committee of the Fédération Internationale de Football Association (FIFA), he is said to have acted, on occasion, more like “the head of a crime organisation” than a mere board official. All the time, he risibly claimed that he was a fan of reform, calling for “more transparency in FIFA.”

There was little evidence of transparency when it came to Doha’s bid. With manoeuvring and cash incentives, the votes fell Qatar’s way in December 2010. FIFA’s own comically named ethics committee cleared the country’s officials of any misdemeanour (it was “verified internally” that no secret plots had been made leading up to the award), while also having harsh words for other bidders, notably England.

The body also commissioned a 430-page report from lawyer and ethics investigator Michael Garcia that put the officialdom of both Russia and Qatar at ease. For one thing, Garcia seemed mild in noting that, “A number of executive committee members sought to obtain personal favours or benefits that would enhance their stature within their home countries or considerations.” With specific reference to Qatar, Garcia mentioned the country’s Aspire sports academy, alerted to it being used to “curry favour with executive committee members”. This gave “the appearance of impropriety. Those actions served to undermine the integrity of the bidding process.” But not enough, it would seem, to invalidate the choice.

In all the scrounging, haggling and dealing, the fate of tens of thousands of migrant workers have fallen into the void, showing that sporting choices, even if nourished by a grossly unethical base, will still be tolerated. Despite this, the reports about the appalling treatment Qatar affords its imported labour have not stopped coming. For one thing, 2 million workers retained to build the various stadia, a new airport, roads, the metro system, not to mention providing a range of other services (restaurants, transport, in some cases, even security), would generally count as indispensable. The problem with modern trafficking and slave practices lies in the fact that they will, when the time comes, be dispensable. The pool is large and constantly replenished.

The years since Qatar was awarded the right to host the World Cup have seen a degree of ugliness that would make the hair stand on the back of any labour and human rights activist. Much of this predates the commencement of work upon the facilities needed for the sporting event, a legacy shaped by the Kafala system. The system of sponsor-based employment effectively indentures the worker to the employer, or kafeel, trapping the employee by restricting mobility, choice of employment and visa status.

In 2017, Qatar reluctantly signed an agreement with the International Labour Organisation (ILO) giving an undertaking to combat labour exploitation and “align its laws and practices with international labour standards”.

Despite such undertakings, The Guardian revealed in February 2021 that 6,750 migrant workers hailing from India, Pakistan, Nepal, Bangladesh and Sri Lanka had perished in Qatar since December 2010. Such a total would be further inflated were it to account for other source countries of migrant labour, including Kenya and the Philippines.

The circumstances behind each death vary from suicide to being killed in shoddy worker accommodation. But the authorities have done their best to relay the causes in murky terms, often aided by a reluctance to conduct autopsies. “Natural deaths” tops the list as a favourite, with respiratory and acute heart failure featuring strongly.

In May this year, Human Rights Watch, Amnesty International, FairSquare, and a number of international migrant rights groups, labour unions, business and rights groups, along with football fans and abuse survivors, made a plea to FIFA. In a letter addressed to its President Gianni Infantino, the collective writes of “hundreds of thousands of migrant workers” who had yet to receive “adequate remedy, including financial compensation, for serious labour abuses they suffered while building and servicing the infrastructure essential for the preparation and delivery of the World Cup in Qatar.”

In urging Infantino to work with the Qatar government, trade unions, the ILO and other relevant bodies to address labour abuses, the collective acknowledges various modest improvements. But minor labour reforms and the Supreme Committee for Delivery and Legacy Initiatives came “too late”. The various reforms have also been unevenly enforced. Many workers essential to the World Cup enterprise also fall outside the remit of the Supreme Committee’s initiatives.

This whole endeavour, in short, remains plagued and blotted by institutional callousness. But a good deal of this will be forgotten come the opening ceremony and lost among the hordes of politically illiterate fans. The sporting show will go on, and anyone wishing to protest its merits will risk five-year prison sentences and a fine of 100,000 Qatari riyals (US$27,000) for “stirring up public opinion”. That’s mightily sporting of the authorities.