Tunisia heads for 'new republic' in dialogue without political parties 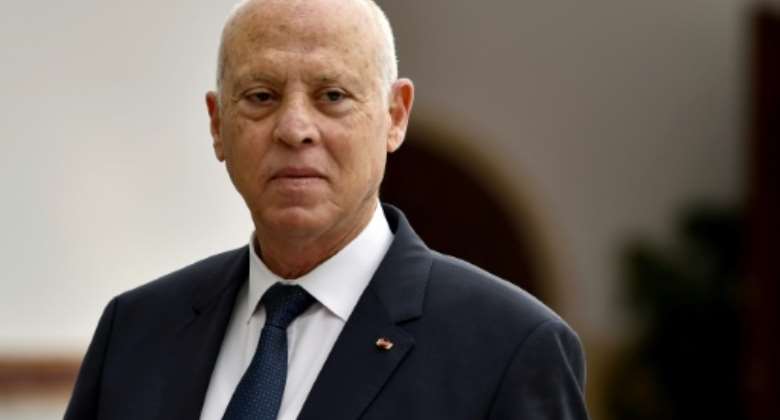 Tunisia's President Kais Saied has repeatedly inveighed against political parties since his July 2021 power grab despite calls for an inclusive dialogue. By FETHI BELAID (AFP/File)

Tunisia's President Kais Saied on Friday appointed a loyalist law professor to head a committee charged with writing a constitution for a "new republic", through a national dialogue that excludes political parties.

On July 25 last year, Saied sacked the government and suspended parliament, sidelining the political parties that have dominated Tunisian politics since the 2011 revolution that sparked the Arab Spring uprisings.

He has since vowed to scrap the country's 2014 constitution and draft a replacement to be put to referendum in July, but has repeatedly inveighed against political parties despite calls for an inclusive dialogue.

On Friday the official gazette announced that law professor Sadeq Belaid would head the newly created "National Consultative Commission for a New Republic", charged with drawing up a draft constitution.

Saied has also created three other committees to focus on socio-economic issues, the judiciary and on national dialogue.

While major organisations including the powerful UGTT trade union confederation are supposed to be involved, no political party is set to take part.

Saied announced in early May the establishment of a long-awaited "national dialogue" -- at the same time attacking the political parties he accuses of having plundered the country.

Since his July power grab, many Tunisians have supported his moves against a political class seen as corrupt, but opponents have labelled his moves a coup and he has faced calls from home and abroad for a dialogue involving all of the country's major actors.