By David Coffey with RFI
Swimming 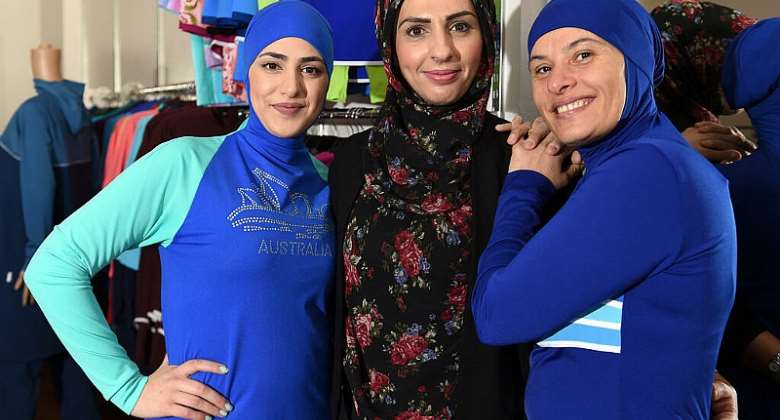 France's interior minister says that he will seek to overturn a rule change in the city of Grenoble that would allow women to wear burkinis in state-run swimming pools.

The all-in-one swimsuit, used by some Muslim women to cover their bodies and hair while bathing, is a controversial issue in France where critics see it as a symbol of creeping Islamisation.

On Monday, the Alpine city of Grenoble changed its swimming pool rules to allow all types of bathing suits, not just traditional swimming costumes for women and trunks for men, which were mandated before.

French Interior Minister Gérald Darmanin called the change an "unacceptable provocation" that was "contrary to our values", adding that he had asked for a legal challenge to the new regulations.

Under a new law to counter "Islamist separatism" passed by parliament last year, the government can challenge decisions it suspects of undermining France's strict secular traditions that are meant to separate religions from the state.

Attempts by several local mayors in the south of France to ban the burkini on Mediterranean beaches in the summer of 2016 kicked off the first firestorm around the bathing suit.

The restrictions were eventually overturned for being discriminatory.

Grenoble's mayor Eric Piolle, one of the country's highest profile Green politicians who leads a broad left-wing coalition locally, has championed the city's move as a victory.

The head of the Green party (EELV), Julien Bayou, argued that the decision had nothing to do with secularism laws, which oblige state officials to be neutral in religious matters but guarantee the rights of citizens to practice their faith freely.

Burkinis are not banned in French state-run pools on religious grounds, but for hygiene reasons, while swimmers are not under any legal obligation to hide their religion while bathing.

Latest Photo Reports
Catch up with all the political quotes from our politicians.
Advertise here
More from Swimming
ModernGhana Links
TOP STORIES