How do prominent personalities Account for Their Stewardships in the AFTERLIFE? 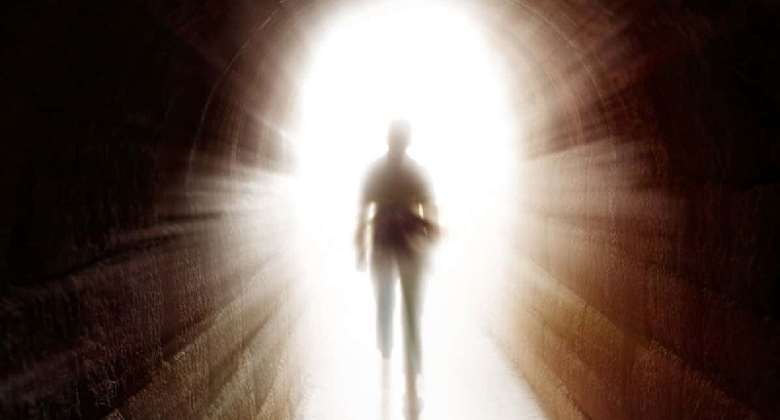 AFTERLIFE or what is normally referred to as ‘life after death’ or the ‘world to come’ is a purported existence in which the essential part of an individual’s identity or their stream of consciousness continues to live after the death of their physical body.

It is said that after death, the soul is summoned for judgement. Those who have led pristine lives enter immediately into what they call, the ‘OLAM HABA’, the Hebrew word for the ‘world to come’ in Jewish theology, either ‘the world after death’ or the new creation or the restoration of the world that is to follow the messianic millennium. Most people do not enter the world to come immediately, but experience a period of reflection of their earthly actions and are made aware of all what they have done wrong here on earth.

There are all sorts of mysticisms – doctrine of an immediate spiritual intuition of truths believed to transcend ordinary understanding, or of a direct, intimate union of the soul with God through contemplation or ecstasy or the beliefs, ideas or mode of thought of mystics or obscure thought or speculation – about ‘afterlife’, including where does the soul of a person go after it leaves the body, the same soul that enters the union of a sperm and an egg to produce a baby,

When we die, our spirits and bodies separate. Even though our bodies die, our spirits, which are the essence of who we are, live on. Our spirits go to the ‘spirit world’, which is a waiting period until we receive the ‘gift of resurrection’.

It is a common belief that the soul of the departed remains wandering on earth during the 40-day period, coming back home, visiting places the departed has lived in as well as their fresh grave. The 40-day is an opportunity for judgement before God as it is believed by the Eastern Orthodox religions that the soul completes many obstacles known as the aerial toll houses, before submitting to the ultimate end of a life’s journey.

According to Christian traditions, prayers help the soul of a loved one to leave the earth easily, as well as find their way in the next world. Traditionally, on the 9th day after demise, there is a commemoration of the deceased, the prayers for his sins, as well as his blessings on the 40-day journey to Heaven.

The whole point of my piece is what happens to some selected people, who have occupied, now occupy or will in future occupy various places of authority, responsibility, power, dominium, control, hegemony, judge, sage, arbiter, government, official, prerogative, right, or establishment after death? Better still, how will they exercise the dictates of such offices, knowing that they will one day account to their Maker, how they fairly or unfairly treated those before them? Definitely, these also include parents and family members, who assume such responsibilities over orphans, who lose their parents and guardians.

This piece is of utmost importance because of what the Roman Catholic Church theology teaches: that there is a place where sins are punished and a soul is purified before it can go to Heaven. This is called PURGATORY, the condition or supposed place of spiritual cleansing, especially of those dying in the grace of God but having to expiate (pay the penalty for (wrongdoing) venial sins or make amends; it is a place or state of temporary suffering or expiation.

In all truthfulness, everybody or all of us will have to account for our lives here on earth one day, when we all die and cross over in our own times; and the question is: HOW WILL WE, INDIVIDUALLY, BE PURGED; get rid of whatever is impure or undesirable; cleanse; purify; clear away or wipe out legally (an offense, accusation, crime or injustice perpetuation) by atonement or other suitable action; remove by cleansing or purifying of; or free the spirit of undesirable acts or sin?

This certainty of judgement or purgatory is grounded in the Scriptures, Book of Hebrews 9: 27 – “And as it is appointed unto men once to die, but after this the judgement”.

You see, whatever we do here on earth, we are ultimately responsible and accountable as to how we treat others, be it our family members and others placed under our care and administration by virtue of the positions of trust, power, authority and responsibilities, we occupy, be it traditionally, religiously, politically and or administratively. Worse is, when these people are voted into these positions, especially political offices by the citizenry, and thereby owe everything they become to these voters, including even those who voted against them during the elections.

This means, there can never be any room for IMPUNITY of any sort, especially as the call to office, service and duty is as the traditionalists ask, when they swear into office their respective leaders and chiefs with the sword of office, the ‘AKOFONA’ to swear or make a solemn declaration or affirmation by some sacred being or object, as a deity; bind oneself by oath and say with solemn earnestness: “DAY TIME, NIGHT TIME, IN A STORM, RAIN OR SHINE, WHEN YOU CALL ME, I WILL COME”.

Indeed, in the traditional setting, any form of ‘impunity’ is a ‘destoolable offence’ for which reason, it is my humble opinion that any politician or public / civil office holder or public servant and all political appointees should suffer the consequences thereof, should they manifest this trait to any Ghanaian. Maybe, it is about time, we consider this as part of any Constitutional Review exercise.

We should not, as a people and as a nation, condone any acts of IMPUNITY from anybody, whether from the highest offices in the land like the President or his Vice President and Ministers of State, the Speaker and his two Deputies and the Chief Justice, the Justices of the Supreme Court and for that matter, all judges as well as all political appointees to the lowest of all those, who are paid with their lifestyles and comforts or perks / trappings of office are maintained by our taxes and other national resources.

Truth be told, no Ghanaian should henceforth tolerate any acts of IMPUNITY from any office holder in this country, nor allow them to ride over anybody else whilst they enjoy all the perks or trappings of office, which we pay for from our taxes and other national resources, especially when, they could even raise their salaries and perks without recourse to any Ghanaian, whilst they will always banter and determine for us, what increases in our emoluments they would allow.

THE REAL ISSUES OF AFTERLIFE is what actually happens to these public office holders after all the wrongs they perpetuate here on earth against the citizenry and get away with them without any recourse for justice?

Where is the justice related to the several electoral brutalities and deaths in the Fourth Republic Dispensation or as far back as from the struggle for Independence in the Gold Coast? What compensations have been paid to Ghanaians who have suffered during the various coup d’états witnessed in this in Ghana since 1966 with the overthrow of Osagyefo Dr. Kwame Nkrumah and the First, the Second and the Third Republics with no compensations paid to the families of those who lost their lives?

What happened to all the properties that innocent bystanders have lost out of the several demonstrations organized with the full knowledge of political authorities?

Who are held responsible for the wastes reported by the Auditor General in various Annual Audit Reports by Ministries, public departments and organizations; which institutions have been assigned to ensuring that the lost are retrieved? Which institution or body ensures that the Reports of the Public Accounts Committee of the Parliament are followed up for implementation and sanction?

Do those, who are responsible for all these infractions, think because they were not caught to pay up and die, either in office or on retirement or out of office are free to enjoy these loots without any punishments from any human institutions and therefore, free-forever?

Pause for a moment and ponder: does anybody think that perpetrators of corrupt acts, which have caused the State to lose billions and billions of dollars since Independence, with all IMPUNITY, have escaped any punishment or sanctions, either by themselves or their descendants? The monies looted could have used to save lives and afforded governments opportunity to provide services, programmes and facilities to all Ghanaians, especially orphans, single-parents and physically-challenged.

This is the time for changes in mindsets, required for the methodic development of this nation and offering equal opportunities for all Ghanaians.

Need I say more because the day of accountability is closer than you might think, even in death?

He secured the rights for Ghana to prepare to host and organize the 13th African Games in Accra in 2023.

Deadline for debt exchange programme may be extended again –...
56 minutes ago