'They whip us': Residents accuse army of abuse in east DR Congo 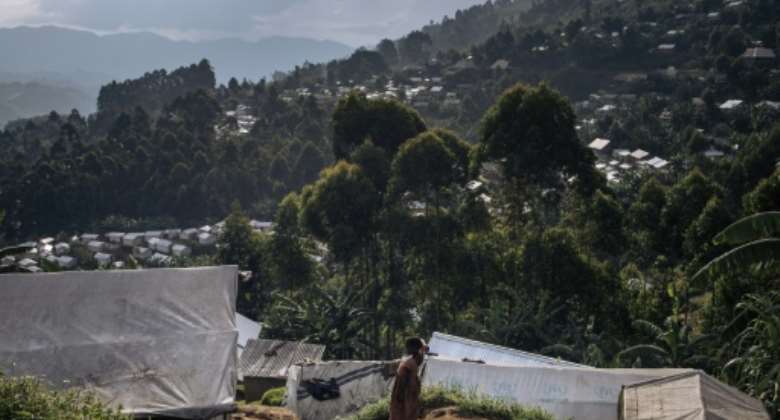 Forced to flee her home, 62-year-old Agathe fears never to see peace again as she recounts the violence she has faced in eastern Democratic Republic of Congo.

But the abuse Agathe has suffered in the territory of Masisi in North-Kivu province is not by rebels who have terrorised the area for over a quarter of a century, but soldiers.

"I tried three times to go home, but the soldiers who took control of the village behave like those in the forest," says Agathe, whose name has been changed to protect her identity, referring to rebels.

"They force us to work for them, they steal half of our crops. They ask us to pay taxes to access our own fields and when we don't pay, they whip us."

Agathe, like thousands of others displaced in Masisi, fled the fighting between DRC armed forces and rebel groups after the authorities declared a "state of siege" in the troubled region nearly a year ago.

The stringent measure gave the army and police full powers to run the administration and wage war on the hundred or so armed groups.

But in witness testimony and reports, civilians accuse soldiers of murder, rape, torture, looting, forced labour and collaborating with rebels.

"We thought that the state of siege would put an end to harassment, but in fact, it's much worse," says a civil society figure, who wished to remain anonymous for security reasons.

"The extortion by soldiers is taking place in broad daylight and with complete impunity," the person says.

'Shot on the spot'

A UN document seen by AFP tells of troops committing hundreds of abuses including "attacks on protected people and places... abduction, recruitment and use of children," as well as sexual violence and torture.

The abuses were documented in Masisi between May 6 last year and February 9, 2022, the UN Joint Human Right Office in DR Congo (UNJHRO) says.

A religious leader blames commanders. "The people will never be safe here while soldiers' rations are stolen by their commanders," he charges.

A health worker describes how soldiers from the 3410e regiment stormed into a health centre in Loashi, 10 kilometres (six miles) from central Masisi, in February looking for a rebel before they "shot him on the spot with three bullets".

A UN document seen by AFP says troops committed hundreds of abuses including 'attacks on protected people and places'. By ALEXIS HUGUET (AFP/File)

In another incident in December, soldiers from the same regiment raped 15 women held in underground cells after they were accused of witchcraft, according to a report by UNJHRO.

The soldiers demanded $200 for the release of each woman and refused to let them access health care, it adds.

The region's armed forces spokesman, Lieutenant-Colonel Guillaume Ndjike, told AFP he was not aware of any accusations against the regiment.

"If necessary, they will respond (to any claims)... it's not a problem."

Several sources said the 3410e regiment left Masisi earlier this month, which Ndjike did not deny.

Sitting on a bench, a despondent Agathe remembers the happier times of her youth. "When I was a young girl, we could walk freely, there was no kidnapping, no shootings, no harassment," she says, describing a world she no longer believes will return.