Ally of ex-Gambian dictator sworn in as parliament speaker 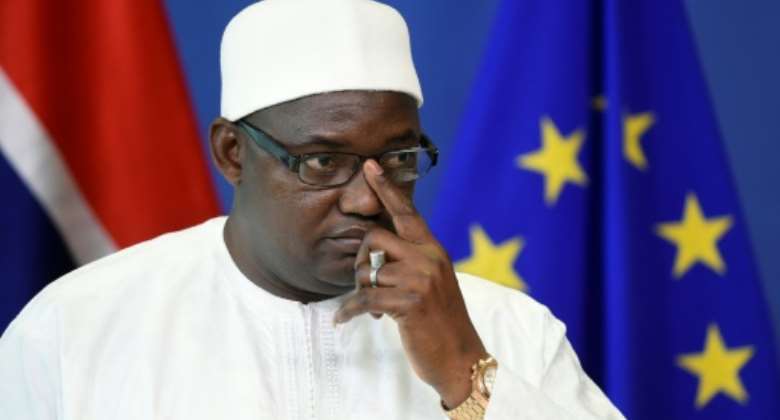 Barrow faces pressure to steer through reforms that will cement The Gambia's fledgling democracy. By JOHN THYS (AFP)

An ally of The Gambia's former dictator was sworn in as parliamentary speaker on Thursday after being appointed by President Adama Barrow, the national broadcaster reported.

Former dictator Yahya Jammeh fled into exile in January 2017 after a surprise loss at the ballot box to Barrow.

The ex-autocrat ruled the tiny West African nation for 22 years, presiding over a regime accused of a litany of abuses from torture to death squads.

But Barrow won a second term in office last year -- in the first vote since Jammeh's departure -- after his party announced a pact with the former dictator's APRC, which many viewed as a ploy to court Jammeh supporters.

In a parliamentary election this month, the president's National People's Party won 18 out of 53 directly elected seats in the national assembly.

On Thursday, APRC leader Fabakary Tombong Jatta was sworn in as assembly speaker, according to national broadcaster GRTS, as the new parliament sat for the first time.

Speakers of the Gambian assembly are considered impartial presiding officers, although they may cast tie-breaking votes.

Barrow had nominated Jatta to the assembly this week, alongside four members of his own party.

Under Gambia's political system, the president can designate five unelected members to sit in the assembly, as well as appoint the chamber's speaker.

"I express my special gratitude to the president for the trust he bestowed on him by nominating me as member of the national assembly," Jatta said on Thursday.

With his nominated deputies, Barrow now has 22 NPP members in the assembly.

The party's electoral alliance with the APRC and with another small party gives the pro-government bloc a majority, with 29 seats.

Barrow, 57, has also been urged to respond to recommendations from a commission that investigated crimes committed by the state under the Jammeh regime.

An English-speaking enclave of two million people surrounded by Senegal that is continental Africa's smallest country, The Gambia is among the world's 20 least developed states, according to the United Nations.