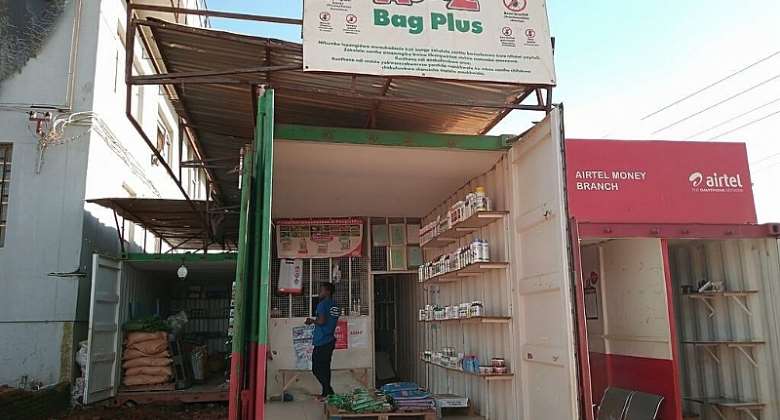 Faced with the rising cost of fertiliser and effects of climate change, farmers in Malawi are being encouraged to diversify their crops to become less dependent on maize, the country's staple food. Those working the land are also struggling to bounce back from time lost due to Covid lockdowns.

On a cloudy morning, 57-year-old farmer Felix Jumbe is busy checking on the workers who are ploughing part of the 400 hectares of his land in Salima, an hour-and-half drive from Malawi's capital, Lilongwe. They are preparing to plant maize and soya beans among other crops.

It's an improvement from the past two years as his farm and seed company have suffered from a shortage of fertiliser, access problems due to Covid-19, and climate change.

"Farmers were not able to sell their produce because the markets were at a standstill during the lockdowns," he tells RFI while strolling around his garden, adding that this was an issue throughout the country.

Jumbe says he is only farming 60 out of 400 hectares because he could not afford to buy fertiliser last year. Most of the companies closed, pushing up the price of fertiliser in the country.

"Tripling of fertiliser prices has forced some farmers to stop farming because they can't afford it. It's only a few farmers who bought subsidised inputs from the government," he adds.

Climate change has forced him to move to other crops like potatoes and groundnuts which don't need fertiliser like Malawi's staple food, maize.

The need to diversify

For other farmers, many of whom are highly reliant on tobacco, making the switch has been tough.

The government is helping farmers to grow other crops that will adapt to climate change.

"We are still working hand in hand with farmers to make sure they can still do better with other crops like potatoes, cassava and groundnuts," says Gracian Lungu, agriculture ministry spokesperson.

The rainy season in Malawi begins in December and runs through to May. It's the time of the year when most farmers prepare their gardens to plant crops.

However, agriculture expert Tamani Nkhono Mvula stresses that farmers are too dependent on the rainy season, and on their maize crop.

Nkhono Mvula urges farmers to diversify to other crops like bananas, sweet potatoes and cassava because maize production has been heavily affected by climate change.

"We have also seen that most of the pests that are coming in, like the army worms, have greatly affected maize production."

Farmers complain that the rising price of fertilisers and other farming commodities from various agro-dealers is damaging their livelihoods.

Fertiliser prices have risen sharply in Malawi with a 50kg bag costing between €35 to €45, almost double the price of the previous year.

"The price of fertilisers is now higher globally and it is not agro-dealers who are overcharging," he contends.

President Lazarus Chakwera said he would try to curb the steep price of fertiliser, estimating that 80 percent of Malawian farmers can no longer afford to buy it.

Speaking on behalf of agro-dealers in Malawi's capital, Ngoma says they want to make a profit when they sell fertiliser.

"We are not the ones who hike the prices, but what you should know is that as agro-dealers we buy these items from other big companies who import fertilisers,” says Ngoma.

Expert Nkhono Mvula projects that Malawi will suffer from low crop production this year due to a series of tropical cyclones and floods that left many farmers destitute.

"The government should intensify the adoption of agro-forestry to deal with climate change," he says, pointing out that it's time to apply other solutions to a growing problem.

A version of this article was originally aired in RFI's Africa Calling podcast.