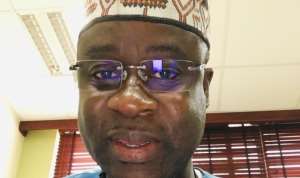 I have come across an article published by Ghanaweb on the above heading, and after a thorough diagnosis of the content, it has been realized that, the comments made by the Deputy Ranking Member of the Food, Agriculture and Cocoa Affairs Committee of Parliament, Dr. Godfred Seidu Jasaw, is composed of lots of inaccurate information. Dr. Jasaw as well doubles as the Member of Parliament for the Wa East Constituency on the ticket of the National Democratic Congress (NDC).

Per the argument of the Deputy Ranking Member of the Food, Agriculture and Cocoa Affairs Committee of Parliament, he indicated that, Ghana’s decline from the global position of 78th in 2016 to 82nd position in 2021 on the Global Food Security Index (GFSI) recently published by the Economist Intelligence Unit (EIU) reflects a failure of the agricultural policies under the Akufo-Addo Administration, particularly the Planting for Food and Jobs (PFJ) Programme.

This statement is factually inaccurate and I believe Dr. Godfred Seidu Jasaw concluded on this based on his lack of appreciation and inadequate diagnosis of the statistical facts availed by the GFSI.

It has therefore become an urgency for clarification due to the many individuals in Ghana, Africa and across the Globe that such misinformation has corrupted since its publication.

Find below the 2016 and 2021 GFSI top ten (10) African rankings and their respective positions on the global ranking.

From the data above, despite Ghana’s decline from the global position of 78th in 2016 to 82nd position in 2021, it can be noted that, Ghana has performed credibly well in 2021 as compared to 2016. Ghana had an overall score of 47.8 in 2016 as compared to the appreciated value of 52.0 in 2021. More over, Ghana also moved from her 6th position in Africa to the 4th position. This is indeed remarkable and commendable because South Africa which was 1st in Africa in 2016 and again 1st in 2021 aside declining from the 47th to 70th position on the global ranking also diminished from an overall score of 62.9 in 2016 to 57.8 in 2021. This therefore indicates that, with the comparison of the 2016 and 2021 GFSI ranking, there has been an overall decline in rank for all African countries on the Global ranking with Ghana not being the only exception.

And Ghana secured this success and an appreciation in the overall score in the 2021 global ranking despite the erratic rainfall pattern which affected total production. In fact, but for the flagship planting for Food and Jobs programme, the situation would have been worse.

Ghana, has more over, been rated as the Breadbasket of West Africa where the Country has moved from “not being on track” in 2017 to “being on track” in 2019 on the African Agriculture Transformation Scorecard (AATS). It has also been noted as the most resilient country against food shortages or famine in West African sub-region in 2020-2021 as reported by the Permanent Interstate Committee for Drought Control in the Sahel (CILSS).

In addition, per a report by Alliance for a Green Revolution in Africa (AGRA), Ghana is the only country in Africa that has achieved Food Security in addition to being part of the five forerunning countries in Africa in terms of Agricultural Transformation.

The above data, facts and analysis therefore refute the false claims by Dr. Jasaw that the agricultural policies under the Akufo-Addo Administration, particularly the Planting for Food and Jobs Programme, under the leadership of Dr. Owusu Afriyie Akoto have been a failure. In fact, the PFJ has rather resulted in an increase in food crop production.