Why we can’t be fair to you 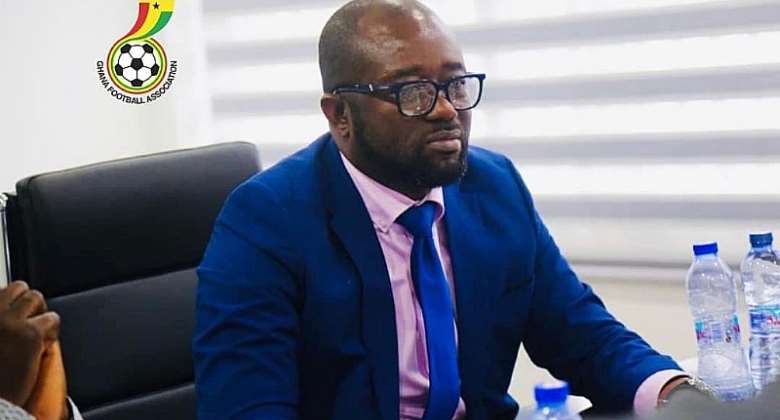 1. The President of Ghana’s FA Kurt Okraku is requesting the Ghanaian public to be fair to his beloved Coach Milovan Rajevac in a ferocious but empty defense.

2. If you believe his story, that the team he took to Cameroon is the best – You’ll believe anything, and nowhere does this prevarication and baloney play out than in our dear country.

3. As a corollary of his interview, the press and commentators are having a feast making a caricature of him.

4. Unfortunately, we can no longer play by the old rules of business blind selectiveness. We can’t because you speak the language of the devil, instead of wrapping a shawl around your mouth. You were not fair and reasonable to CK.

5. Because you are being disingenuous, insulting, or outright stupid when you dared the nation to show you any Messi or Ronaldo-like player you refused to invite for the AFCON. We can’t because of the frivolity of your stupidity.

6. You didn’t speak for CK Akonnor. Instead, you led the onslaught against CK Akonnor. A former player and captain of the Black Stars just so you could go for Milovan because he lost a match to Bafanabafana of South Africa.

7. If you didn’t see reason to pardon CK for losing to South Africa, then we can’t forgive you and Milovan for losing to Comoros Island. And our justification would be that Milovan is a Serbian?

8. You mistreated CK Akonnor with scorn and disrespect from the first day he entered service until day you succeeded in instigating his sack to pave way for ‘your Milo’.

9. Rather than asking us to be fair, stop feeding on mendacity and drowning in your own hubris.

10. We can’t be patient with you when you are managing the Black Stars like a wee shop.

12. Who's the fairest? Can you look yourself in the mirror and say to yourself that you were fair to the Man that managed your team (Dream FC) to stardom without salary?

13. I will be the first to admit that I lack the expertise for football. However, I do know that you lack the requisite knowledge to salvage sports in Ghana. My purpose here, is to steer the conversation to a different perspective: What was the situation of the FA before you came? And what is the condition of the team now? Now, I am not insinuating or alleging that you (FA) owe CK. I am conversant with the truth that he got only 9 months’ pay. And that he has 13 moons salary outstanding in debt.

14. Kurt, you are a quintessential illustration of how the elites have taken advantage of our lack of accountability to plunder our riches and impoverish us. We live in a country of anything goes: a country that celebrates tomfoolery and decorates mediocrity.

16. Tell us if that was fairness when you decided to vary the conditions of CK Akonnor’s contract to his detriment?

17. Need I tell you that we need both equity and equality to make things fair?

18. How fair were you when denied CK the official bungalow of the Coach?

19. How about the official car? I mean one of the two Toyota Landcruiser’s bought by Kwesi Nyantakyi’s administration. Were you fair allocating the Coach’s car to the GS?

20. Were you reasonable when you decided to give the coach’s bungalow out as office space?

21. Before I forget, when are you redeeming your commitment to pay him? It’s been five months since you assured him of your readiness to pay every penny due him.

22. I’m talking about his signing, sacking fees and his 13 months’ salary.

23. The subject of Philemon Baffour, Boakye Yiadom and Kwame Poku will be part 2 of why we can’t be fair to Milo or Kurt.

24. And by the way, why is the FA asking Government to indicate in writing when it will pay Milovan? What about Kwasi Appiah and CK Akonnor?

25. I have learned from literature that we are all flawed—all of us humans are flawed. But I have also learned that we are capable of goodness. That we should do to others what you want them do to you.

Hottest Photo Reports
Catch up with all the political quotes from our politicians.
Advertise here
More Opinion
ModernGhana Links
Your pride won’t feed us, Mr. President
Nurses should break the frontiers to change the Professional Status Quo
Consequences of uncontrolled distribution of humanitarian and military aid in Ukraine
Religious profanity versus civility
The Right Political Choice And Trajectory For Ijaw Nation
Protecting Migratory Birds in Africa
The Train Is Coming - Part 2
Manasseh should render an unqualified apology to President Mahama on the Ford saga
Togbiga Wenya, the Leader and Ruler of Dogbos before Sri was born. And other matters
TOP STORIES