Women In Television Production: A Conversation With Alice Senam Nimoh-Appea 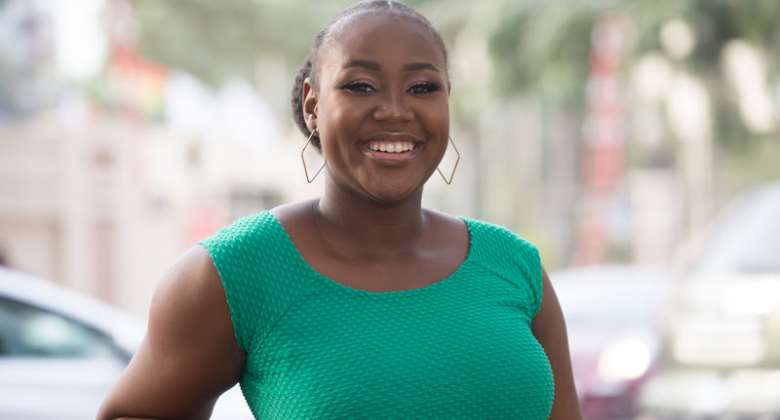 The twenty-first century has seen a dramatic shift in traditional family dynamics and greater recognition of gender in legislation has helped pull apart gender-role divisions. As a result, women are now becoming far more economically independent and socially autonomous.

In addition, it is believed that affirmative action creates gender equity by overcoming the barriers women face simply because of their gender. However, others hold the view that when gender-based discrimination is eliminated, no such action will be necessary.

Last night, I had a great conversation with an emerging force within the African content and television space. Couple of weeks ago, she was co-producing the grand finale of Ghana’s leading music reality show on television, TV3’s Mentor X, at the National Theatre in Accra.

Alice Senam Nimoh-Appea is a creative brain who works with Adesa Production Limited (APL), an audiovisual production unit of the Media General Group, Ghana’s leading Media Company, which owns and operates some of the industry’s largest and most diversified businesses spanning television, radio, digital media and productions.

A Bachelor of Arts graduate of the University Of Ghana, Legon, Senam, as she is widely known within the industry, over the years has learnt the rudiments of the trade to earn her a place in the league of enterprising and young female creatives to look out for.

Prior to joining APL, she worked with some leading Ghanaian platforms, Metro TV and GhOne TV, a subsidiary of the EIB Network. There, she worked on the production and direction of several live and recorded television shows and events.

A year after joining the leading media conglomerate, Senam has been deeply involved in some of Media General’s flagship productions including reality shows such as Ghana’s Most Beautiful, Mentor X, Talented Kids, Ghana’s Strongest, aspirational talk shows including Today’s Woman, Ladies Circle and several others.

Without a doubt, many women of her generation still face various challenges in regards to equality and the workforce, specifically in television and production. Our conversation focused on the reason for these challenges and the behind the scenes decisions for other issues such as unequal pay for equal work and discriminatory hiring practices.

Within the space, success stories of women are few and far between. Unfortunately, the women who do find success often confront considerable resistance from the male-dominated establishment. Less publicity, poor ratings from critics and a harder time landing the job are all normal challenges facing women in television and production roles.

Senam spoke about the reality of writing for television as a woman citing the story of Gertrude Berg who made it big by writing and producing one of the longest-running radio shows of all time, "The Goldbergs," which eventually transitioned to Broadway and television. However, Gertrude’s media triumph shines a light on how scarce such success can be, highlighting the continued challenges facing women in production and writing today.

The statistics are clear with only eleven percent of writers working on top-grossing films from 2014 to date recorded to be women. In addition to this, five percent of cinematographers globally are women and directing is mainly male, with only seven percent of films directed by women.

It is obvious women are getting more spots in journalism, but to what end? The more hard-hitting the topic, the more the gender disparity becomes clear. Senam mentioned her mentor, Afeafa Nfojoh, the General Manager of APL who has become a household name for content design, television management and programming deserves more acknowledgement and ought to be celebrated for her exploits.

She further spoke about Judy Crichton who become a widely known for her work as the executive producer of the "American Experience," as well as one of the first women to produce the news, but the journalistic opportunities for women in crime, justice, and world politics are rare.

This disparity extends into the production studio and Senam stated that Barbara Walters broke grounds as the first female co-anchor of an evening network news program and still faced her own battles within the network.

Another subject of importance Senam touched on is the problem of equal billing and equal pay, which she indicated still affects most women even at the top of the pyramid across the industry, from news to production.

The main gaps women face in the industry over the years have been attributed by several leading personalities and key stakeholders to the lack of funding, mentoring and training opportunities open to women. It has become obvious that what is needed currently is consistent women–focused advocacy to speak to the real issues affecting women in the sector.

In addition, some of these challenges are very controversial, such as corruption, nepotism and sexual harassment are difficult to speak about for women individuals but these conversations are needed to move forward as a collective.

There is also a need to put real action plans in place that involve not only women but men too, so that women can overcome the seemingly insurmountable issues. While it might be difficult to eradicate these barriers to women’s empowerment in the short term, it is possible to certainly reduce the occurrence of these obstacles that prevent women from participating effectively in the sector.

In wrapping up our conversation, Senam indicated that there is no middle ground when it comes to women in the industry. One of the other factors that can affect a woman's career in television is the superstar syndrome. There are examples of women who have earned incredible media success such as Oprah Winfrey but they are not common.

On the way forward, there is almost a universal recognition that more female–led projects will influence the representation of women, promote equality and encourage tolerance in our society. Furthermore, the most important way to encourage women to direct and be more involved is by celebrating them and airing more of their works on platforms at the highest levels.