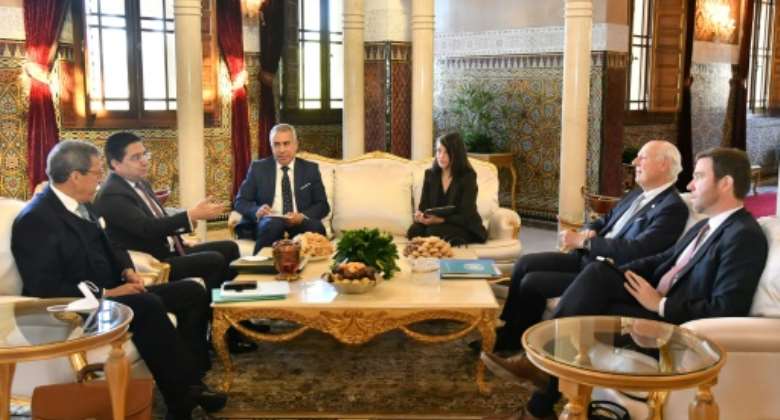 Moroccan officials reiterated the kingdom's "commitment to the resumption of the political process conducted under the exclusive auspices of the UN to achieve a political solution" based on a Moroccan plan for autonomy, the official MAP agency reported.

Rabat sees the Western Sahara, a former Spanish colony with access to lucrative phosphate resources and rich Atlantic fisheries, as its sovereign territory.

But the Polisario Front, which took up arms in the 1970s to seek independence there, demands an independence referendum on the basis of a 1991 deal that included a ceasefire.

The truce collapsed in 2020, after the Trump administration recognised Rabat's sovereignty over the Western Sahara in exchange for Morocco re-establishing ties with Israel.

Morocco has offered limited autonomy but rejected calls for independence.

King Mohamed VI reiterated that position in a November speech, calling for a "peaceful solution" to the conflict but vowed that "Moroccan sovereignty over Western Sahara will never be up for negotiation".

The last talks, under De Mistura's predecessor Horst Kohler, were in Switzerland in 2019, in a roundtable format including Morocco, the Polisario, Algeria and Mauritania.

But Algiers has since refused to take part in further roundtable discussions.

Analysts say that while Rabat considers Western Sahara a regional issue -- and the Polisario an Algerian proxy -- Algiers sees it as a struggle by the Polisario for national liberation from a colonial power.

De Mistura's trip follows months of heightened tensions between Morocco and Algeria since the Trump-brokered deal.

The veteran Italian-Swedish diplomat is to visit Sahrawi refugee camps in Algeria at the weekend before heading to Algiers and Nouakchott.

His spokesmen says he aims to listen to all parties in order to map out "a constructive resumption of the political process".

A UN Security Council resolution late last year called for "the parties" in the Western Sahara dispute to resume negotiations "without preconditions".

Let’s avoid violence, anything that will tarnish image of NP...
15 minutes ago