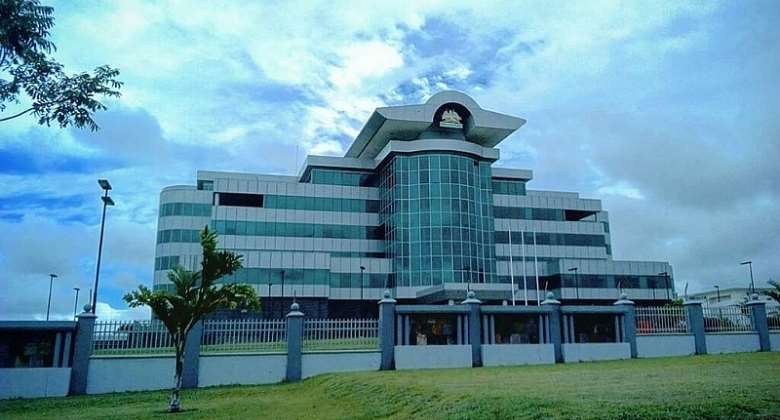 Police in Malawi have arrested two former cabinet ministers and former Reserve Bank of Malawi governor "on suspicion" of fraud and abuse of office during the regime of former president Peter Mutharika.

Former finance minister Joseph Mwanamveka and former reserve bank governor Dalitso Kabambe are alleged to have falsified Malawi's gross liability and net reserve base to convince the International Monetary Fund (IMF) that Malawi was meeting the conditions connected to the Extended Credit Facility.

“As a result of this scheme, the IMF has suspended Extended Credit Facility to the prejudice of innocent ordinary Malawians,” police spokesman James Kadadzera said in a statement.

Mwanamveka also faces charges over the 2015 "fraudulent" sale of the then state-owned Malawi Saving Bank. Police have indicated they will also arrest others connected to the deal, although they could not disclose names.

The bank sale came partly from the advice from the World Bank and the IMF after the bank failed to meet minimum liquidity requirements. They observed that politically connected people were failing to reimburse the huge loans they had taken out.

The person who bought the bank, Thom Mpinganjira, is in prison after he attempted to bribe the judges in the last annulled election.

The other former minister, Ben Phiri, who headed the Ministry of Local Government, is suspected of procurement fraud and corruption with the Ministry of Gender through his printing company in 2018 and 2020.

The former ruling Democratic Progressive Party, which has described the arrests as "shocking", is likely to feel the impact. Both Kabambe and Mwanamveka are prominent members of the party, earmarked to lead it in the 2025 election.

Phiri is legislator and director of elections in the party.

But the news of the arrest has been received with cautious optimism both from the governance experts and the people in the streets. Michael Kaunda, 26, from Blantyre township told African Calling the arrests as the "the same old script".

“It's like they are doing that not for change but just to impress people," he said. "They want to give an impression that the government is doing something.

"The country is going in a bad direction. We thought we're doing it for change [by voting for the current government] but it is even worse than the previous one.”

Some Malawians said the arrests were politically motivated. Steven Alinafe, 37, said they were targeting people who are political enemies: “This is what happens with every government,” he said.

The arrests have also been described as an attempt to hold leaders to account. "This is commendable on the face of it,” said Michael Jana, a political scientist based at the University of the Witwatersrand.

However he called for an understanding on the issues and the politics behind the arrests.

“It would seem to me that this case is driven more by pressure from the IMF than a move in the interest of Malawians," he said.

"It is all part of the IMF conditionality to resume the suspended Extended Credit Facility.”

Jana warned that international bank conditions have done more harm than good to Malawi and many other developing nations.

“Desperate countries have been trying to maneuver through these conditions and data falsification has been used by many countries," he said.

"Even at the World Bank there has been a lot of allegation of data falsification. It's all part of politics of economics.”

Speculation plays a huge role in economics as well.

“Should we tolerate data falsification? In principle, no. Having said that, I don't think this case is a priority in Malawi at the moment,” he said.

The cases of the sale of the bank and alleged fraud and corruption seem to be worth pursuing because there were a lot of grey areas that need to be clarified and some leaders to be held to account, but Jana cautioned against carrying out the cases in a rush without a thorough investigation.

“Worse still, the accused can demand millions of kwachas from the public in compensation if the government has not done a thorough job on investigation and gathering of evidence to mount a credible case," he said.

"We can only hope that government has done its homework.”

In a statement, the opposition Democratic Progressive Party (DPP) said it did not want to believe the arrests were politically motivated and “aimed at silencing the opposition”.

Two of the men arrested belong to the DPP party.

Suspects have every right to demand reasons for their arrest...
11 minutes ago