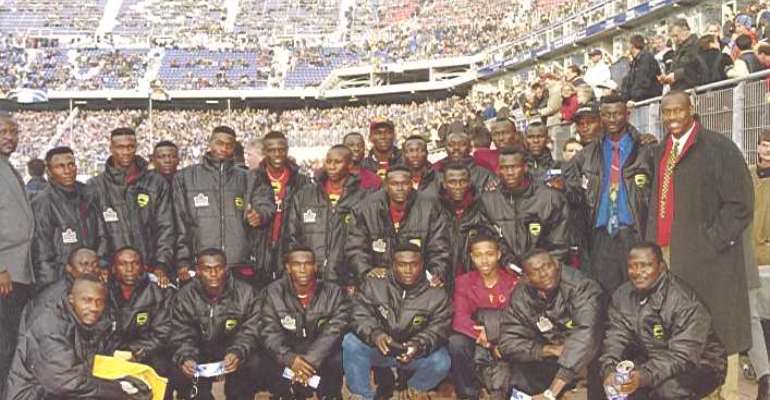 League leaders Kumasi Asante Kotoko suffered their first defeat in the nine week-old Kinapharma Premier leagues, going down by a lone goal at the hands of debutants Hearts of Lions at the Kpando Sports Stadium. The atmosphere at the Kpando Stadium prior to the titanic clash was tense and expectations were high especially on the part of the Kotoko fans who conspicuously outnumbered the Kpando home fans. The Stadium came alive in the sixth minute when Lawson Bueni fetched what turned out to be the only goal in a goalmouth scramble after a corner-kick. The local "borborbor", war drumming groups and spinning groups delivered some deafening ewe tunes, sending everybody into a frenzy mood.

Three minutes later, Kotoko missed a vita opportunity to equalise when Isaac Boakye's penalty kick sailed over the bar to the relief of the home team. Togbe Dagadu IV, Paramount Chief of the Akpini Traditional Area who was among the teeming spectators told the GNA Sports in an interview that the victory was reminiscent of the 1963 encounter between Asante Kotoko and the then Mulpo of Kpando, which the Volta team won by a lone goal.