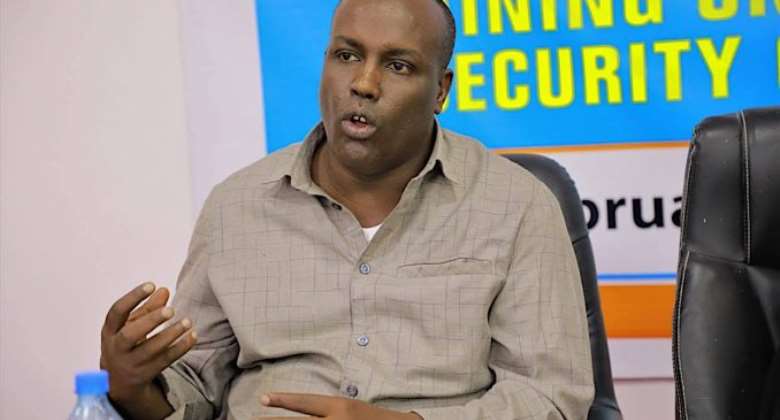 According to the police spokesperson, an attacker wearing an explosive vest grabbed the window of the vehicle in which Abdiaziz Mohamud Guled was traveling in and detonated the explosive, which instantly killed Guled and seriously injured another prominent journalist, Sharmarke Mohamed Warsame, director of Somali National Television -SNTV, who was with late Guled in the car at the time of the attack. Mr. Warsame is currently fighting for his life at Madina hospital in Mogadishu. According to several media outlets, Al Shabaab has immediately claimed responsibility for this attack.

“It is another sad day again for Somalia, when we are forced to witness the senseless death of another journalist on the frontlines of journalistic duty. We strongly condemn this cowardly act that has robbed us of a talented veteran journalist. We send our most heartfelt condolences to the family of the late Abdiaziz Mohamud Guled (Africa). We stand in solidarity with his family, friends and colleagues at Radio Mogadishu. We assure the media fraternity and indeed the citizens of Somalia that our quest for a free and just society will not be deterred by these acts of intimidation,” said NUSOJ Secretary General Omar Faruk Osman

Guled, 42, who was a dedicated campaigner against violent extremism, produced numerous radio and television programs, such as “GUNGAAR”, a popular program, that advocated against violent extremism and senseless killings of the citizens. Guled boldly called on the authorities to investigate activities of Al-Shabaab and bring Al-Shabaab leadership to book. The late Guled was a brave journalist who was best known for producing incisive special reports about Al Shabaab attacks and for conducting revealing interviews with Al-Shabaab captives in detention.

“We call upon the federal government to redouble efforts to bring the people behind this heinous act to book and to ensure that Somali journalists live an atmosphere free of fear and threats from all perpetrators” Osman reiterated. “We also wish SNTV director Sharmarke Mohamed Warsame a quick recovery from the injuries sustained during this attack”.

Guled is the second journalist to be murdered in Somalia in this year. Jamal Farah Adan, another veteran Journalist whose radio programmes were also critical of Al-Shabaab and its operations in Mudug region, fell to assassins’ bullets on 1 March 2021.

Both late Guled and the injured Warsame strove to transfer the state-controlled media (Radio Mogadishu and SNTV) to public service broadcasting.

Guled, who had planned to take his mother for medical treatment to India today, is survived by his wife and 3 children.