The Tamale-Gushegu road; a death trap that benefits the politician! 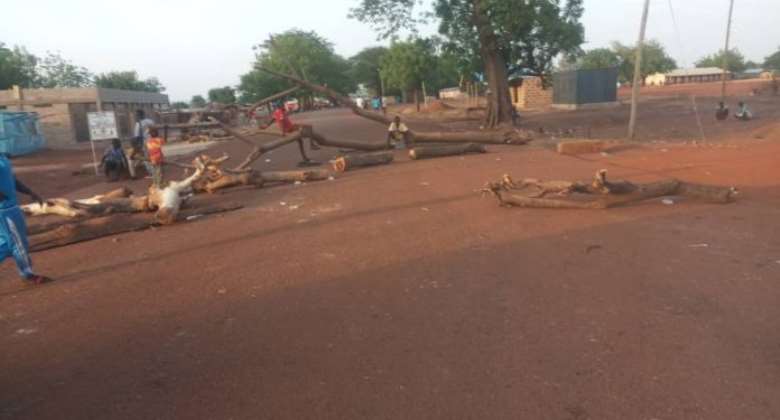 The Tamale-Gushegu road has been a death trap for the road users since time immemorial, but it has been used as a political tool for winning elections.

The Tamale-Gushegu road is one of the major roads in the northern region. It connects three major district(Nanton, Kariga and Gushegu) to the regional capital. The inhabitants of these three districts are mostly farmers. And as we all know, agriculture plays a significant role in our nation's development. One of the ways to boost agriculture is to create accessibility for farmers to easily transport their produced to the nearest cities for good market.

Farmers in these districts, however, watch on as their produced go waist because of the poor nature of the road. Vehicle owners don't want to ply the road because of its poor nature.

This road does not only appears in budget readings, but in the manifestos of the two major political parties in Ghana i e NDC and NPP.

These two parties after every elections, turn their backs on the road. The only time they remember of it is when it's one year to elections.

The first time the road was awarded to contact was in 2015 under the NDC administration. The contractor went to site and started work. Work got stalled when NDC left power in 2016. We only saw the contractor working again in the run-up to the 2020 elections. After the election, no one can tell whether the contractor is working or not. We see their equipments on the road but we are not seeing any progress of work.

Recently, a father and son from Kumbungu lost their lives on the road due its bad nature.

So many people have died or has become incapacitated due the nature of the road.

The constituents of these powerful individuals also formed quees on 7th December,2020 and voted for them just like Hon Sosu of Madina. Yet nothing is heard or seen of them pushing for the completion of this project. Well, I leave it to their conscience to judge them.

Let me conclude by calling on the youth of these districts to stand up for what they deserve. We the current generation must fight for our fathers, mothers and the younger once. Our people deserve better and we are their hope,we can't disappoint them. And to the government, we are also part of this country call Ghana and we also pay taxes, so we also deserve our share of the national cake.

We say no to Bagbin's political charlatanism, partisan chica...
20 minutes ago

IGP cause arrest of police officer for allegedly harassing f...
36 minutes ago