Meet Francis Turay, a young leader from the sub-region, who hails from Sierra Leone 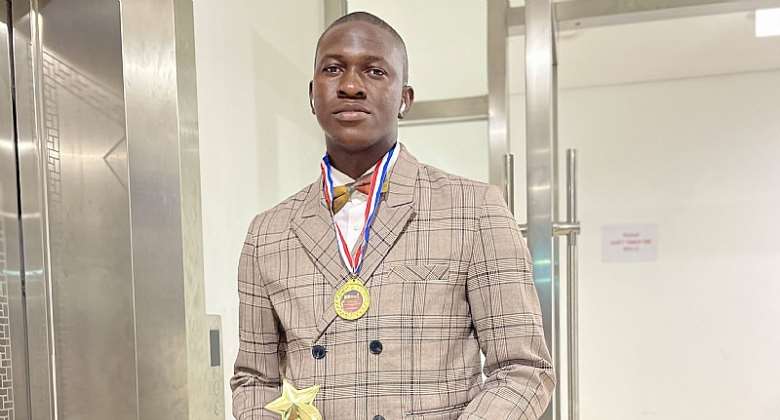 Francis Turay is a young and vibrant gentleman who hails from Freetown, Sierra Leone, where he did his primary and secondary schooling, as he attended the Akibo Betts Municipal Primary School and Prince of Wales Secondary School, respectively. He is an African who believes in the opinions and views of others and has always upheld a very strong Pan-African view. He has a very fierce personality who loves to tell stories through photography. He is currently studying law at the University of Makeni, where he has been one of the impactful students amongst his peers. In a maiden award organized to celebrate students’ excellence, he is a recipient of the 50 Most Influential Student Awards. One of his favorite quotes is from Barrack Obama "Change will not come if we wait for some other person or some other time. We are the ones we've been waiting for. We are the change that we seek".

This colorful and energetic gentleman is a youth activist who has played great roles in some youth development. In 2018, upon the celebration of the International Youth Day, he was awarded as a New Generation Leadership Initiate Africa Ambassador, by the Ministry of Youth Affairs through the Youth and Children's Advocacy Panel (YACAP).

Since 2018, he has been very active and has been invited and featured in a lot of youth-led activities in Sierra Leone. As his activism progressed, he got in touch with one of Africa's renowned orators, PLO Lumumba, a man who is of an impeccable character in the African continent, for his Pan-African values and a campaign to fight graft.

He was made the country representative for the PLO Lumumba Foundation, whose headquarters is in Nairobi. As he has remarkable leadership skills, the foundation signed a partnership with the Anti Corruption Commission, Sierra Leone. A partnership which earned the foundation a mandate to be handling integrity school clubs, in various schools where the Commission has launched them.

This gentleman’s leadership skills and humility have added more laurels to his personality and has been very studious and steadfast amongst his peers. This gentleman has appeared on many youth platforms, and in 2018 he delivered a speech during the observation of the International Anti Corruption Day. This was a gathering that was held at the country's university (Fourah Bay College), which stands to be the first in West Africa. The Chief Minister, the Chief Justice, Leader of Government Business in Parliament, ministers, members of parliament, ambassadors, students, and the fourth estate. Francis got to receive a certificate from PLO Lumumba, in recognition of his zealous representation of the PLO Lumumba Foundation in Sierra Leone.

Francis Turay is a beacon of hope for our youthful generation, as his paths throughout these years send a strong signal about his possibilities to impact a greater change in society in a not too distant future.