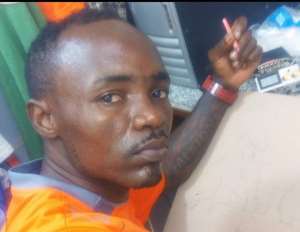 On September 24, police arrested Fwema at his home in the commercial capital, Dar es Salaam, and have since detained him at the Oysterbay police station, according to a statement by the Tanzania Human Rights Defenders’ Coalition (THRDC), as well as Florence Fwema, the cartoonist’s brother, and Robert Mwampembwa, the head of the Creative Industry Network, a local industry body, both of whom spoke to CPJ via messaging app. Police say that Fwema is under investigation on cybercrime offenses, but have yet to arraign him in court, according to his brother, Mwampebwa, and a THRDC lawyer familiar with the case who spoke to CPJ via messaging app but asked to remain anonymous due to safety concerns.

Fwema was arrested days after publishing on his Instagram page a political cartoon that was critical of President Samia Suluhu Hassan, according to those sources.

Separately, on October 2, police in Kawe, a suburb in Kinondoni District of the Dar es Salaam region, arrested Shemsanga, a reporter with the recently established YouTube news channel Mgawe TV, while he was covering an event by members of BAWACHA, the women’s league of the Tanzania’s leading opposition party, CHADEMA, according to the Defenders’ Coalition statement, as well as Shemsanga, who spoke to CPJ via messaging app. Mgawe told CPJ that police detained him later that day when he went to seek bail for Shemsanga. Both men told CPJ that they were released on the evening of October 4, but that police are still investigating them on allegations of illegal assembly, alongside several members of BAWACHA. Shemsanga told CPJ that police had yet to return electronic devices confiscated during his arrest.

“Critical political commentary and coverage of the opposition are essential to Tanzania’s democratic discourse, and it is deeply worrying that police are equating this kind of journalism to criminal activity,” said CPJ’s sub-Saharan Africa representative, Muthoki Mumo. “Police should unconditionally release cartoonist Opptertus John Fwema. Authorities should also discontinue any ongoing investigations into Mgawe TV’s Harold Shemsanga and Ernest Mgawe, return their confiscated devices, and abandon the habit of throwing journalists behind bars for their work.”

Fwema publishes illustrations and cartoons on his Instagram account and takes commissioned work in Dar es Salaam, according to Mwampembwa. On September 16 and again on September 20, Fwema published a political cartoon that depicts Hassan as a child playing with a basin of water painted with the Tanzanian flag, while a large man wearing a black coat printed with the words “Kiwete”—“cripple” in Kiswahili and a play on words that refers to former President Jakaya Kikwete—stands behind her, telling a group of concerned people that “she leads the country well.” The cartoon is a critical commentary on Hassan’s governance and depicts Kikwete being weak but also acting as her protector, according to CPJ’s review of the cartoon and a statement published by Cartooning for Peace, an international network of press cartoonists, calling for Fwema’s release.

On September 24, police initially claimed that they were arresting Fwema in connection to investigations into the theft of a motorbike, but the following day they told him that he was under investigation for misuse of the internet, according to Florence. The cartoonist did not have legal counsel present when he was initially questioned by police, who asked him about the cartoon, according to Florence Fwema and Mwampebwa.

Yesterday, a lawyer acting on behalf of the THDRC filed a bail application for Fwema at a Dar es Salaam court, which set a hearing in the case on October 11, according to a statement by the THRDC that was reviewed by CPJ.

In the October 2 incident, police approached Mgawe TV reporter Shemsanga while he was interviewing BAWACHA members following a jogging event in Kawe, according to the journalist. Even though Shemsanga identified himself as a journalist, the police officers demanded that he come with them to a local police station. The BAWACHA members, who demanded an explanation for his arrest, accompanied them to the station, Shemsanga said. At Kawe police station, the officers confiscated his devices including a camera and laptop; reviewed footage of his interviews; and locked him up in a cell, Shamsange said. Several of the women were also arrested, according to Shemsanga and an October 2 statement from BAWACHA that was posted on Twitter by the league’s secretary general, Catherine Ruge. Police said they had detained all of them on suspicion of illegal assembly and after a few hours they were transferred from Kawe to a police station about 24 kilometers (15 miles) away in Mbweni, according to these same sources.

Mgawe told CPJ that when he went to the police station in Mbweni later that day to seek bail for Shemsanga, police also arrested him. He said that they are investigating him for being complicit in the act of illegal assembly because he had sent the journalist on the assignment.

Since mid-September BAWACHA has been organizing jogging meets for its members, saying that the events are supposed to promote good health among women in the context of the COVID-19 pandemic, according to media reports. Videos posted on Twitter by Ruge and on CHADEMA’s YouTube channel show women at several such events jogging in t-shirts printed with the words “Tume Huru” (“Independent Commission”) and chanting the same words, a reference to CHADEMA’s campaign for reforms to the country’s electoral commission.

In a phone call on October 7, Tanzania government spokesperson Gerson Msigwa referred CPJ to police, and specifically the force’s spokesperson David Misime, for comment on Fwema’s detention, and the arrest of Mgawe and Shemsanga.

Someone who answered Misime’s phone today did not say anything and CPJ’s queries to Misime, sent via WhatsApp and SMS, were also unanswered.

When reached for comment on his phone, Kinondoni police commander Ramadhani Kingai referred CPJ to the Dar es Salaam special zone police commander, Jumanne Muliro, whose phone rang without answer today. Muliro did not immediately respond to a text message from CPJ asking about Fwema’s detention and the arrest of the Mgawe TV journalists. However, the local Dar Mpya news blog quoted Muliro saying that those arrested in Kawe had “indications of breaching peace by using exercise as pretext to rouse political sentiments,” according to an October 2 tweet from the outlet.

A phone number for Tanzania’s Inspector General of Police Simon Sirro that was listed on the police’s website did not connect today. CPJ’s email to the police headquarters and an address for the Kinondoni regional police, asking about the detention of Fwema and the arrest of the Mgawe TV journalists, also went unanswered.