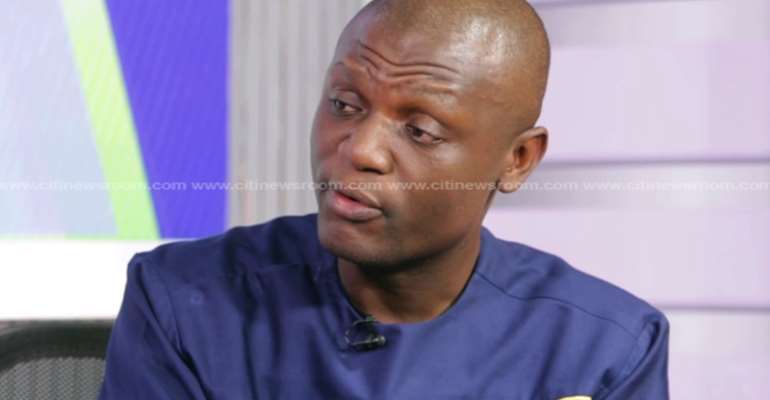 I have read this article with great shock.

You wrote, and I quote, the following: "unless something goes wrong, Dr. Duffour with his age won't challenge Mahama."

This is utter nonsense. As a parliamentarian it is expected that you know better, that Ghana Constitution Art. 35 encourage integration and rejects discrimination of all sorts. If I understood you clearly, you seem to be making your own laws about who is legitimate and qualified to be the President of a united Ghana.

You rule out what you described to be old to consider for the Presidency of Ghana.

First, let me talk about flagbearership. During the 2020 flagbearership nomination of the NDC we are told some 94 MPs declared their support for the former President John Dramani without the normal procedures for electing a flagbearer.

It was illegal then and if repeated it will also be illegal now. It was illegal because all elections are expected (internationally) to be free and fair.

Your article therefore, Mr. Kofi Adams, indicate the possible repetition of the same illegal act, by dismissing some candidates because of what you describe as old.

You should have known that, internationally it is illegal to discriminate against older people. Recently in Ghana there are noises of less talented individuals indicating that old age is synonymous with stupidity. This is a primitive notion and should be rejected by all.

I, Dr. Edward K. Poku, wish to inform Mr. Kofi Adams that we Ashantis shall make sure that no Northerner rules Ashanti because of the Northerners' behaviour when it comes to murder and armed robbery.

Barely a day passes without the People of Ghana waking up to the news that another armed robbery has taken place. Almost invariably a Northerner is involved.

The Communications Director of President Akufo-Addo has declared that 200 very expensive V8 vehicles bought during the time of Mahama are missing. As I write the culprits for this theft have not been found. This ex-President Mahama has been named by some as being the most corrupt leader of our Nation. The People of Ashanti reject this man at all cost. Not one single theft has been properly investigated, while politicians in Ghana are becoming richer and richer at the expense of most of the Ghanaians. The proceeds of a hard working Ghanaian cocoa farmer is virtually confiscated by the government to build roads, hospitals and other projects in non-productive areas of our country.

The Ashanti farmers have the right to enjoy the fruits of their labour. To this end we are demanding a new constitution within the period of six months. Those who are dreaming of 2024 elections must be described as dreamers. It will not happen.

The Ashanti capital has become the dirtiest city in the world. Day and night we get messages of robbery by the Northerners. Then the privileged people of the North are given free Zongos at the expense of the Ashanti farmer, as if this is not enough, Akufo-Addo continues to appoint these Northerners in various Ashanti regions as MMDCE.

Dear Mr. Kofi Adams, Dr. Duffour shall be voted by the Ashantis, for the Ashantis in Ghana. We the people of Ashanti shall not recognise any 2024 elections, please take note. We demand in six months a new constitution which recognises the right of Ashantis to decide for their future.

We shall not allow any Northerner to do any form of politics in the Ashanti Region. They have to do that in their abundant areas of the North. If I had my wish Mahama shall be refused entry into any Ashanti district.

Please note, ex-President Kuffour was refused an office space in Accra because he happens to be an Ashanti.

Mrs Rawlings was labelled as a devil by one Kofi Adams and was equally refused entry into Cape Coast City Hall.

Dear Mr. Kofi Adams, the People of Ashanti say “enough is enough” and we reject those who have stolen our wealth and still want to use the fake constitution of Rawlings to dominate us.

Akufo-Addo’s disdain and hate of Ashanti people is exhibited by appointing Sam Pyne as Mayor of Kumasi. I appeal to all Ashantis wherever you are, in Germany, the U.K., USA, Canada, to support our plea for a proper constitution like in the U.K.: Devolution.

Hottest Photo Reports
Catch up with all the political quotes from our politicians.
Advertise here
More Letter
ModernGhana Links
Open Letter To President Of Ghana On The Operations Of Komenda Sugar Factory
Otokunor writes: Open Letter To President Akufo-Addo On The Comments Of Mr. Lord Commey
Open Letter to Mr. Bagbin, the Speaker of the Parliament of the Republic of Ghana
Letter To The National Peace Council Through All Ghanaians
Open Letter Speaker Of Parliament Of Ghana over the authority of the Ashanti Regional Minister for the Deployment of Military to Ejura
Open Letter To The Mce Nominee For West Gonja -Hon. Karim Musah Kusubari...
An open letter to the President Akufo-Addo: Social justice and the development dilemma in Ghana: Why ends are not meeting
Open letter to Hon. Henry Quartey
An Open Letter To The National Chief Imam
TOP STORIES