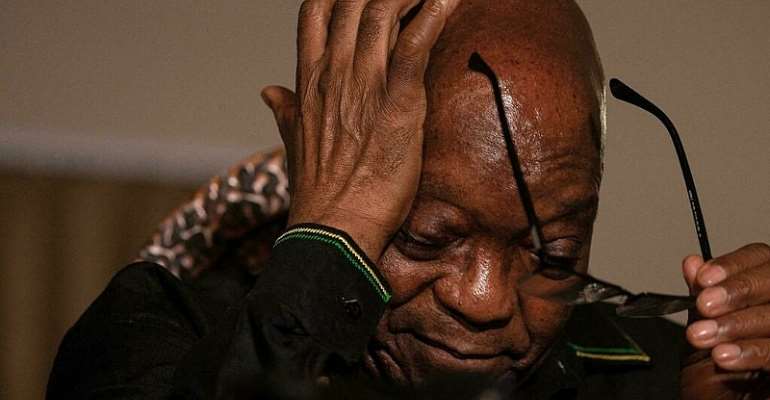 Dali Mpofu, for Zuma, revealed that their plea for the removal of the prosecutor for alleged bias is not aimed at Billy Downer personally.

DPP 'unfit' to try Zuma?
Zuma is arguing that the entire Department of Public Prosecution should be ruled unfit to proceed with his case and that he should be acquitted.

The issue was argued all day. Judge Piet Koen said he hopes to conclude this matter Wednesday so that the trial proper can continue.

Members of the medical parole board and the director of correctional services Arthur Fraser were in court having been subpoenaed by the state.

Fraser would have been required to explain why he overruled the board to grant Zuma a medical parole.

Koen directed, however,  that this matter should stand over until Zuma special plea about the prosecution had been dealt with.

Zuma's presence
The judge said Zuma's presence in court would be required when he faced chargers of corruption, money laundering and racketeering during his time as Deputy President when South Africa embarked on a multi-billion rand arms procurement.

Mpofu argued that Downer was hell bent on securing a conviction against Zuma which ruled out the fairness, impartiality and dispassionate approach required by a prosecutor.

“This is not against Downer personally the criminal behavior of the whole prosecution service has been so weighty and egregious that Zuma is entitled to an acquittal,” he said

Trengrove argued that Zuma's case was a cut and paste repeat of previous legal attempts to avoid prosecution that have tried and failed.

“It is a repeat of the same old evidence that was thrown out by the full bench of the Constitutional Court,” he said.

“The attack of Billie Downer is nothing but hyperbole and insult.

“Downer deserves a medal for showing integrity. We should have more prosecutors like him.”